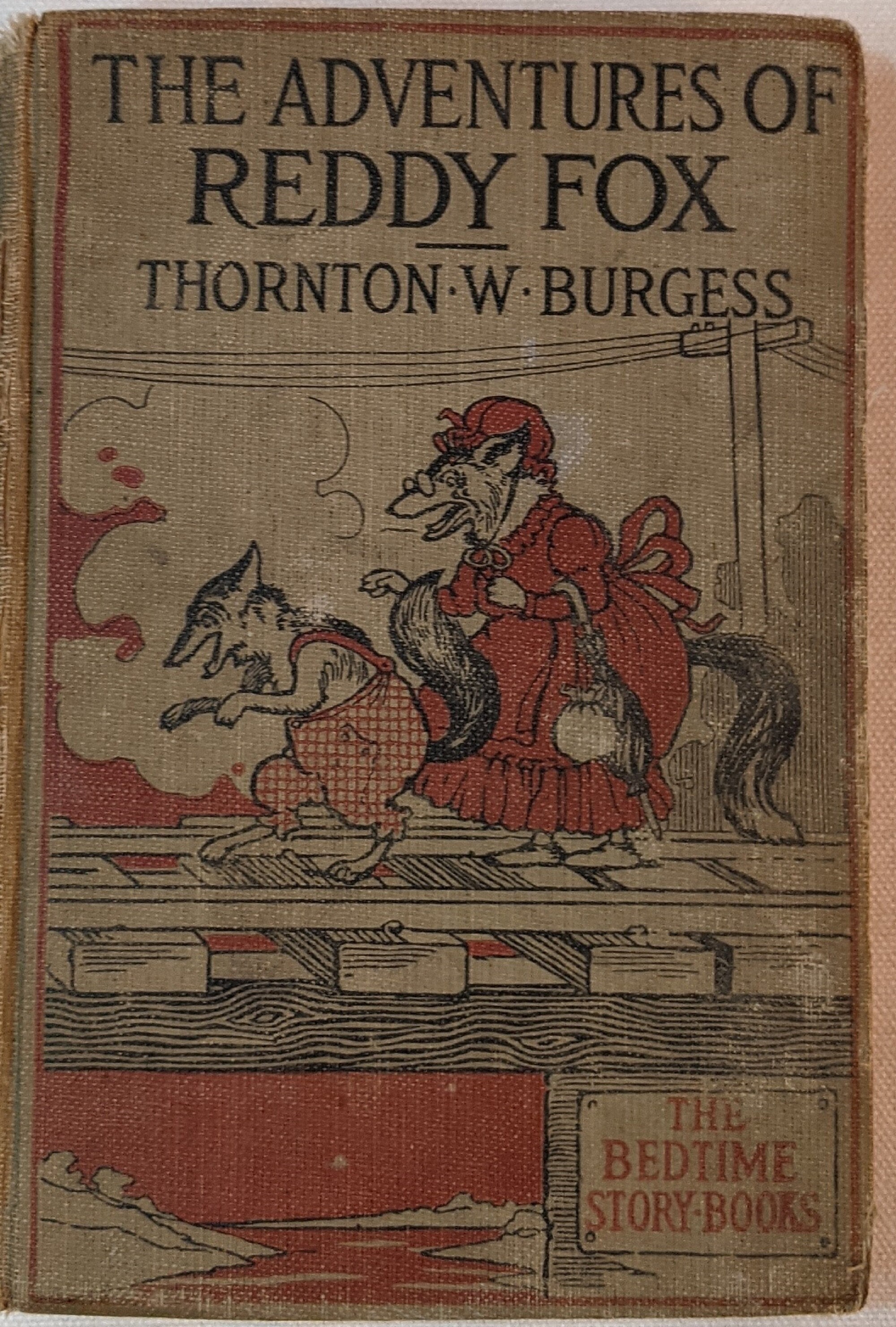 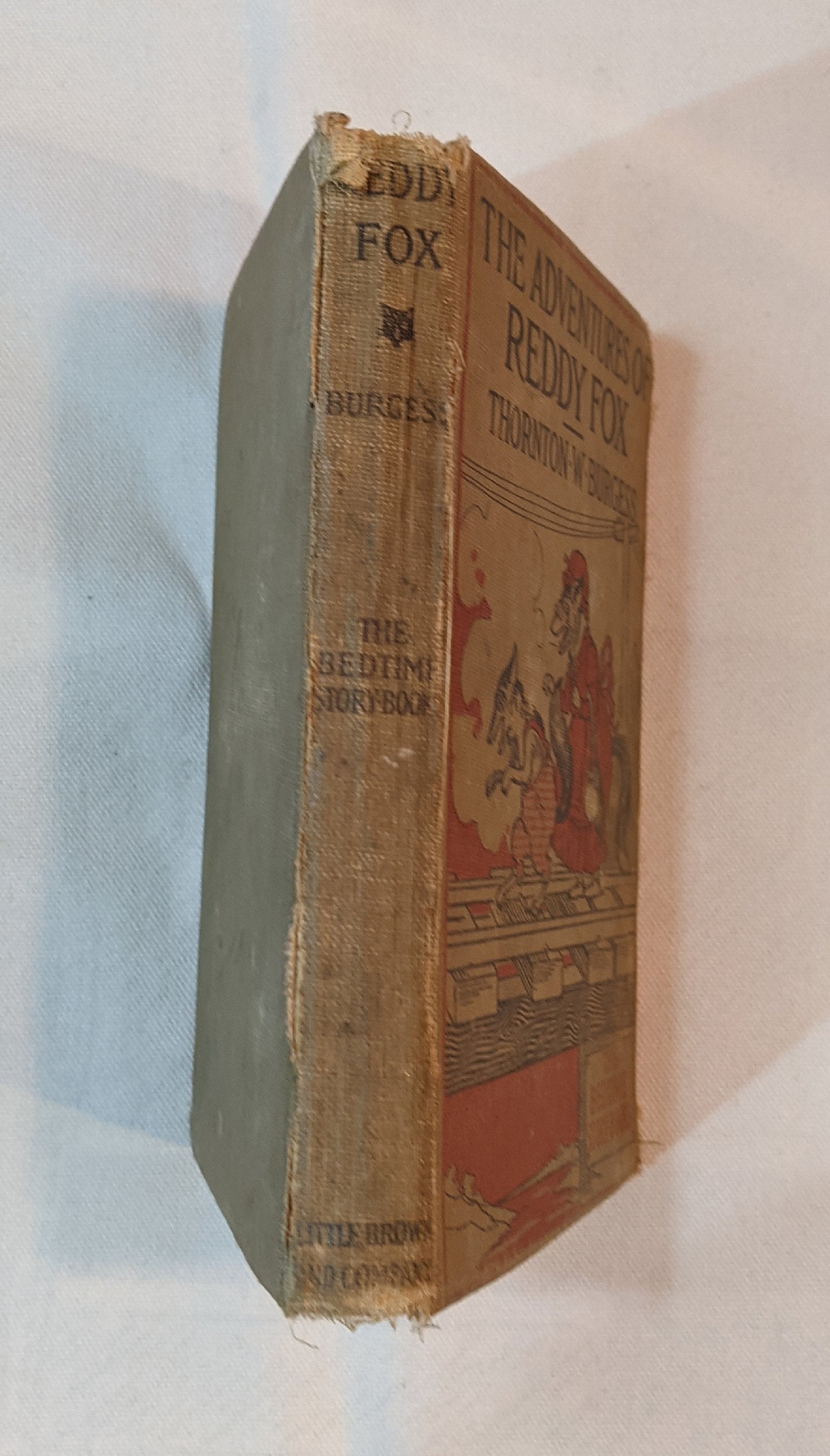 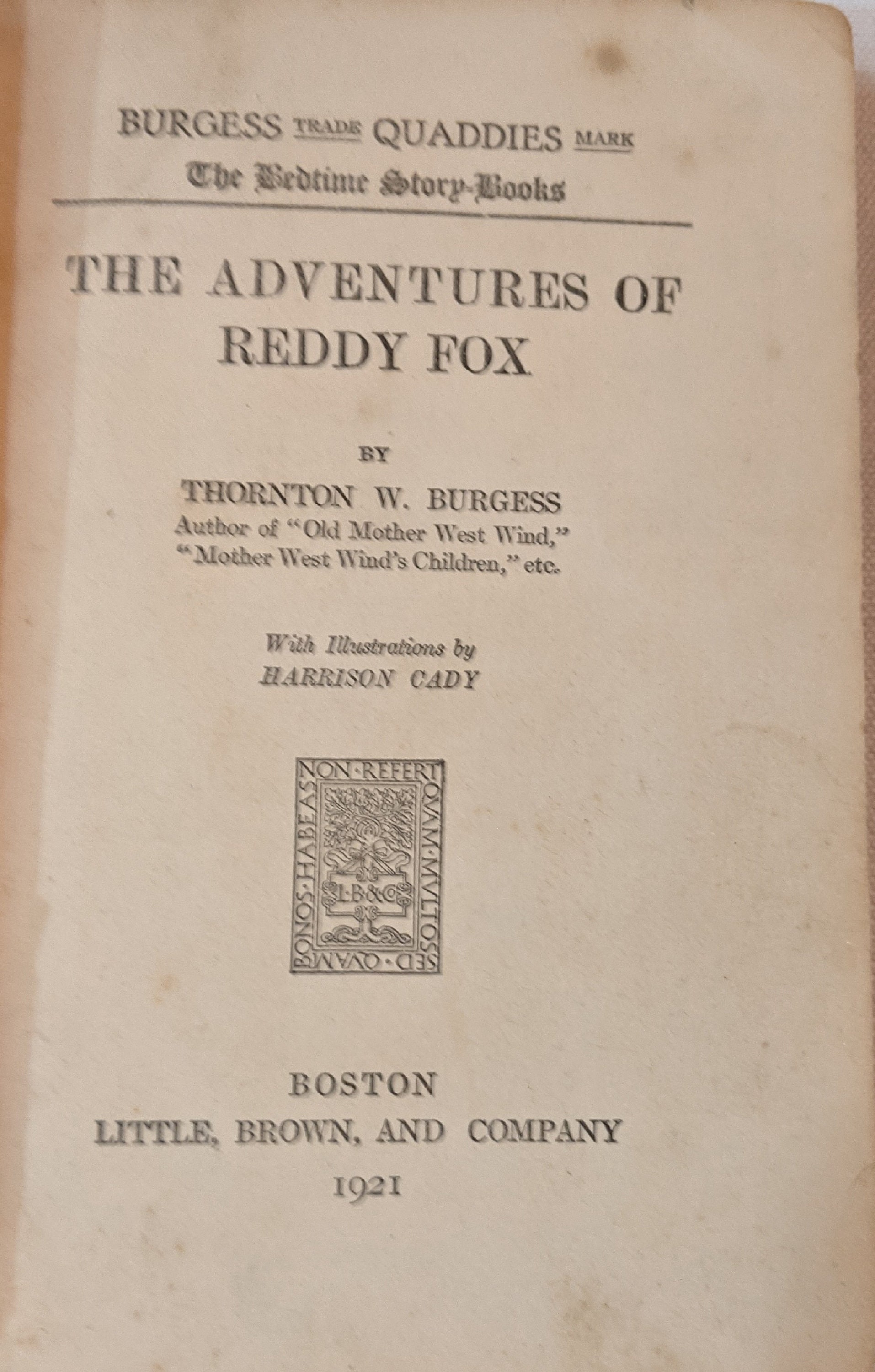 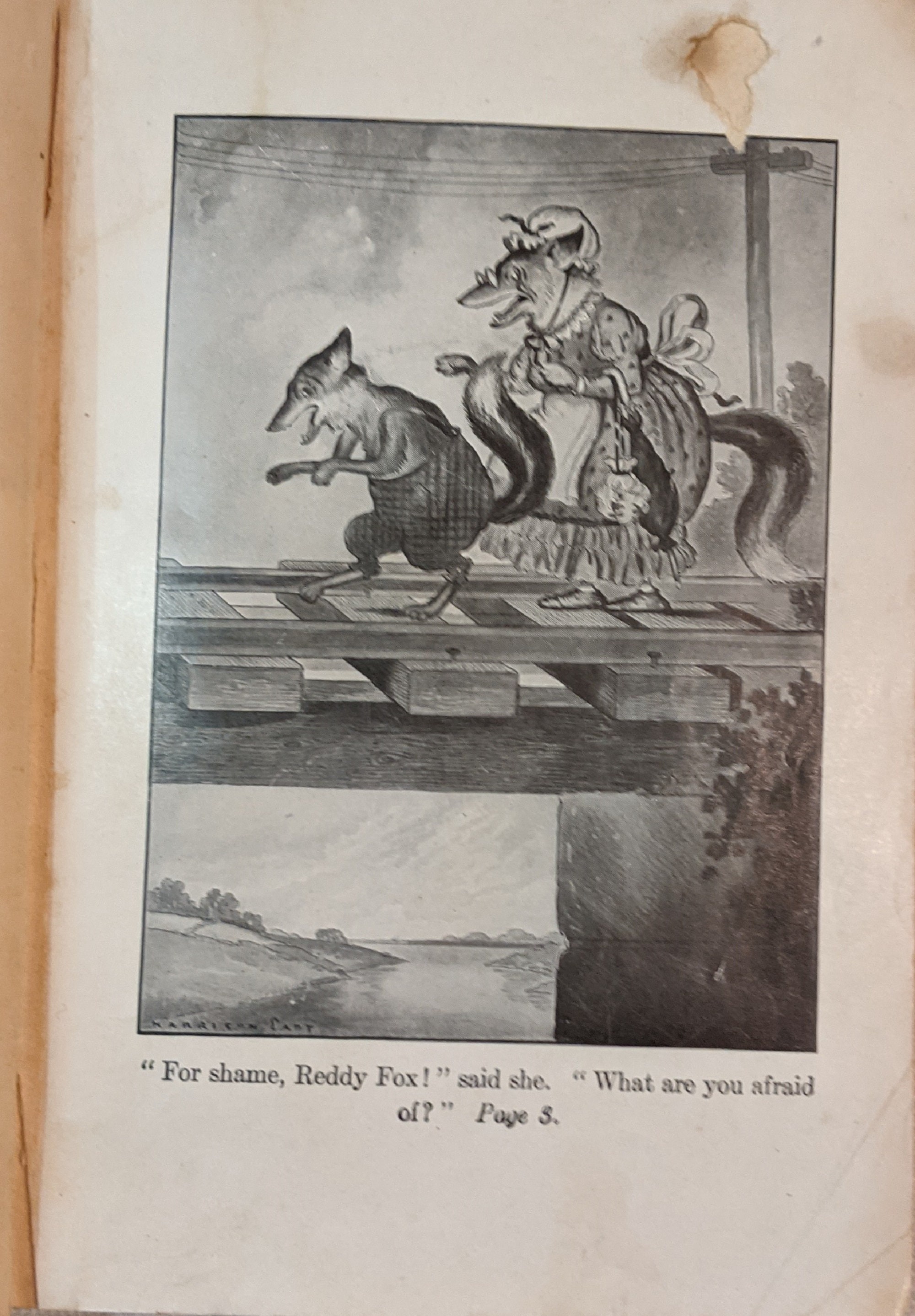 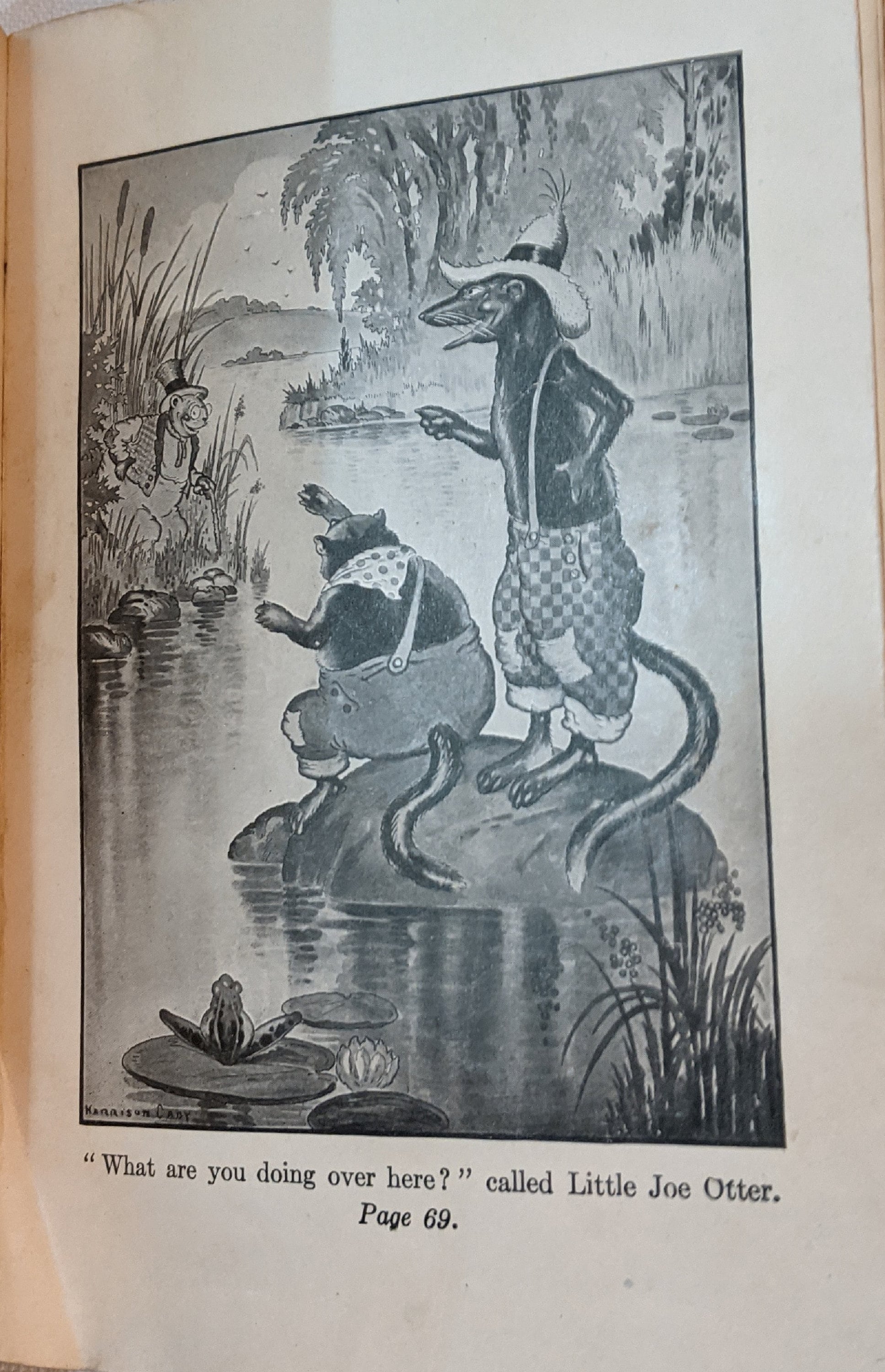 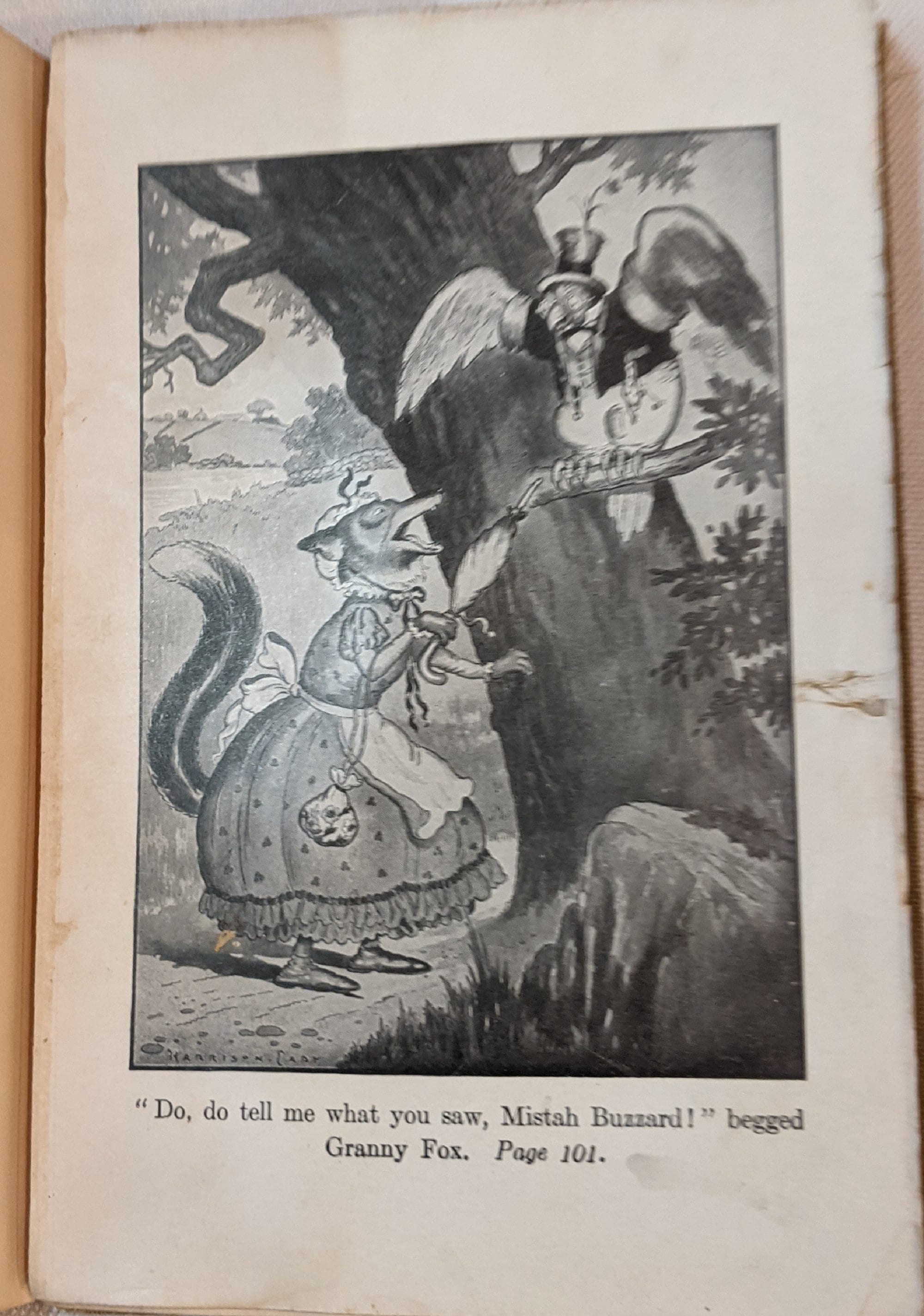 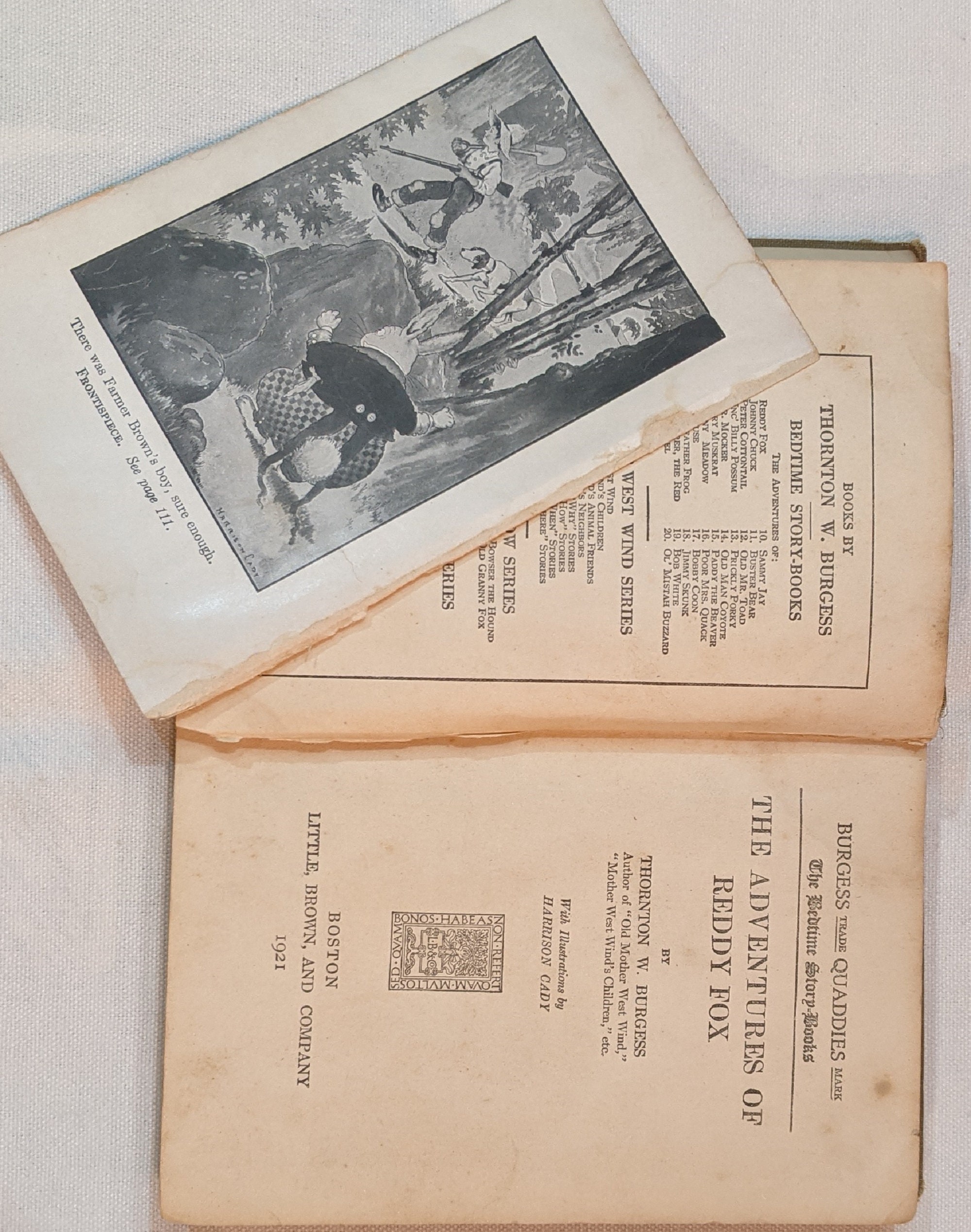 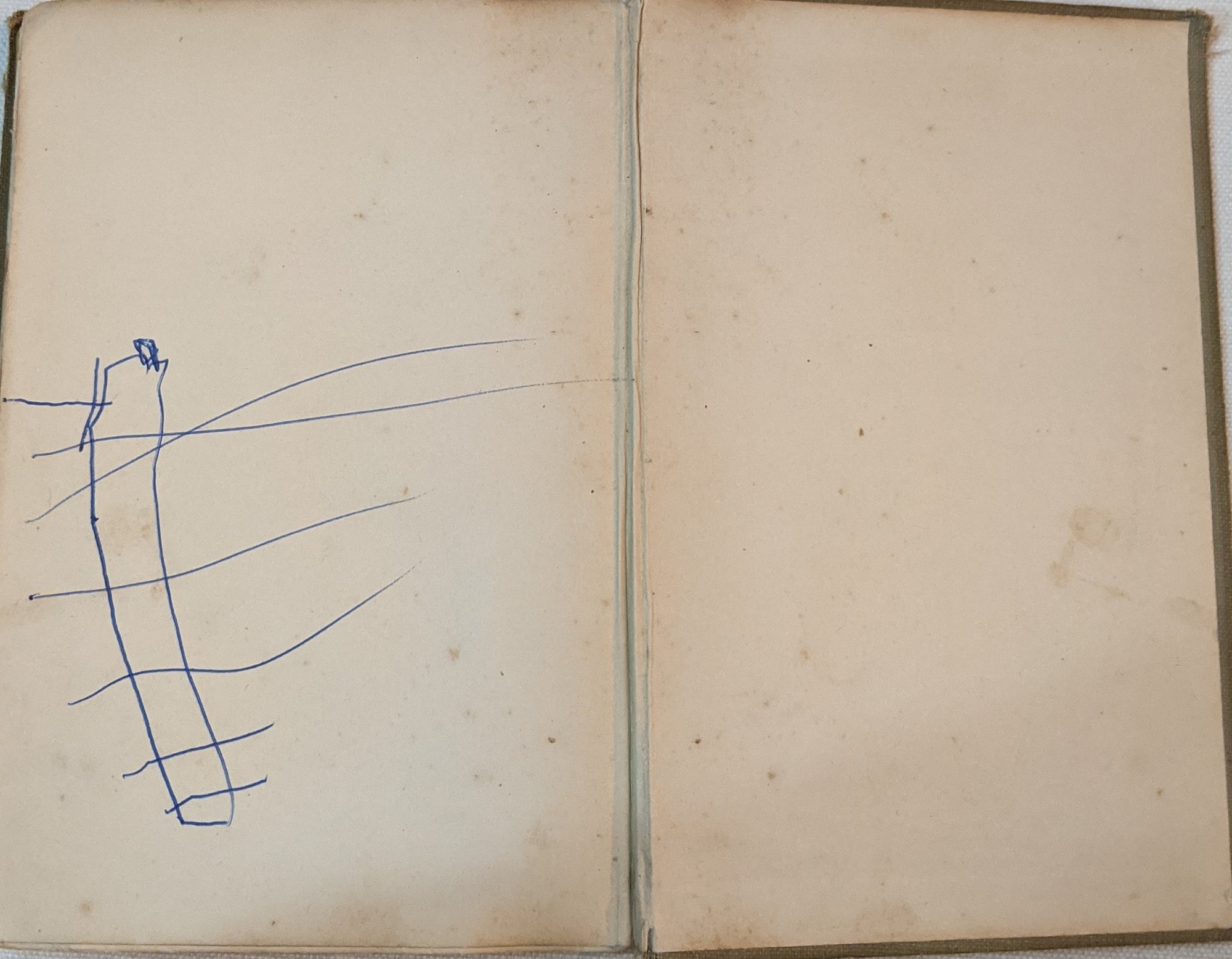 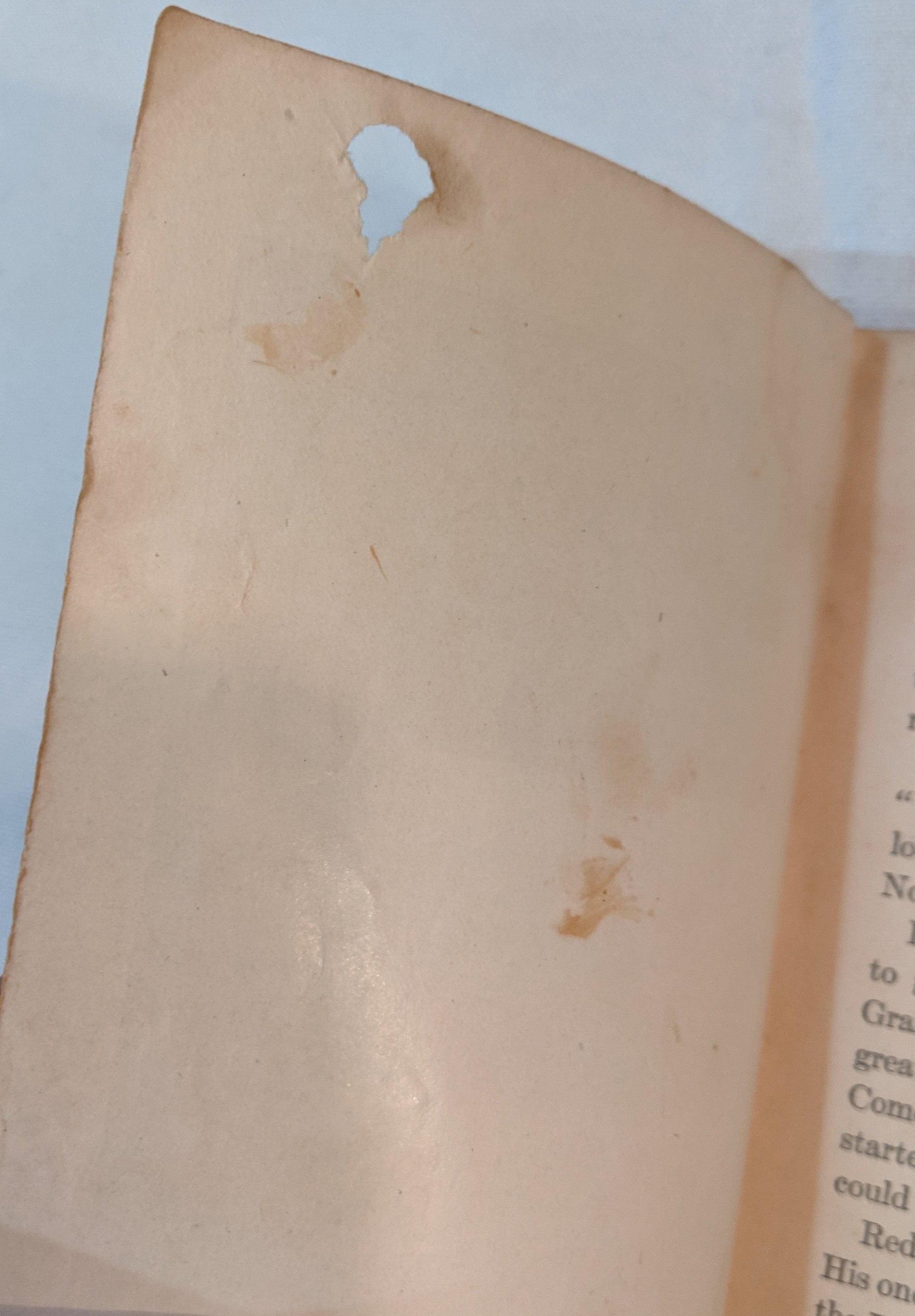 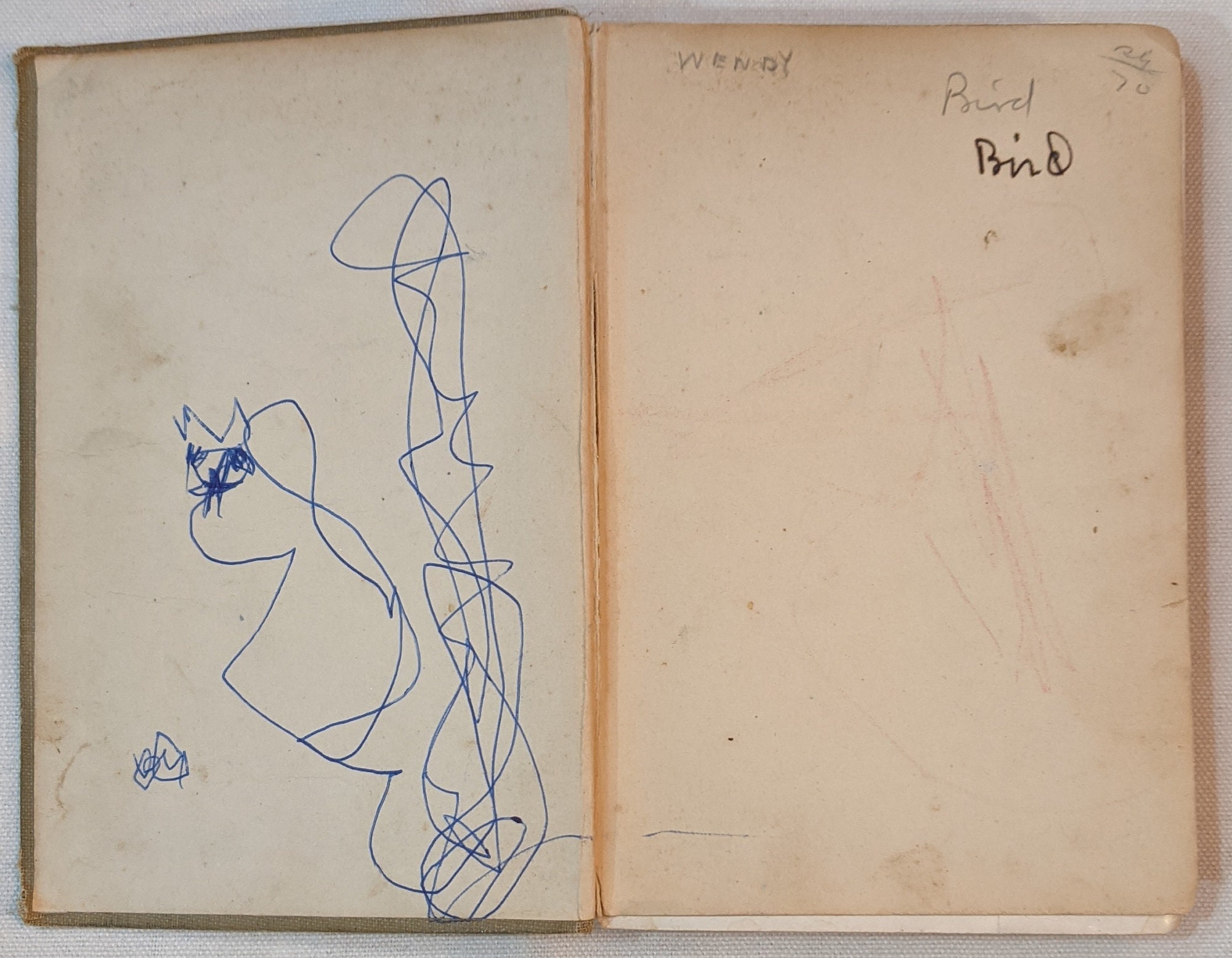 This book was originally published in 1913 and was part of the Bedtime Story Books by Thornton W Burgess that were written in the early part of the 20th century. In this book we meet Reddy Fox, who has gone to live with granny fox because his mother had so many mouths to feed; Throughout the book he has many adventures – from learning how to outsmart the hunting hounds to meeting forest friends like Billy Possum, Peter Rabbit, Jerry Muskrat and many more. This edition was published in 1921 by Little, Brown & Company in Boston, hardcover with 120 pages. Good condition with the following notes: exterior wear to the linen cover, particularly on the spine; inside cover has scribbles and markings; inside title illustration has come separated from book and is loose; some age spots on the pages but in very good condition; more scribbles on the back inside cover. Illustrations by Harrison Cady. This book is still being published today, an amazing feat for a book that was written so long ago! However, older editions such as this are extremely rare.