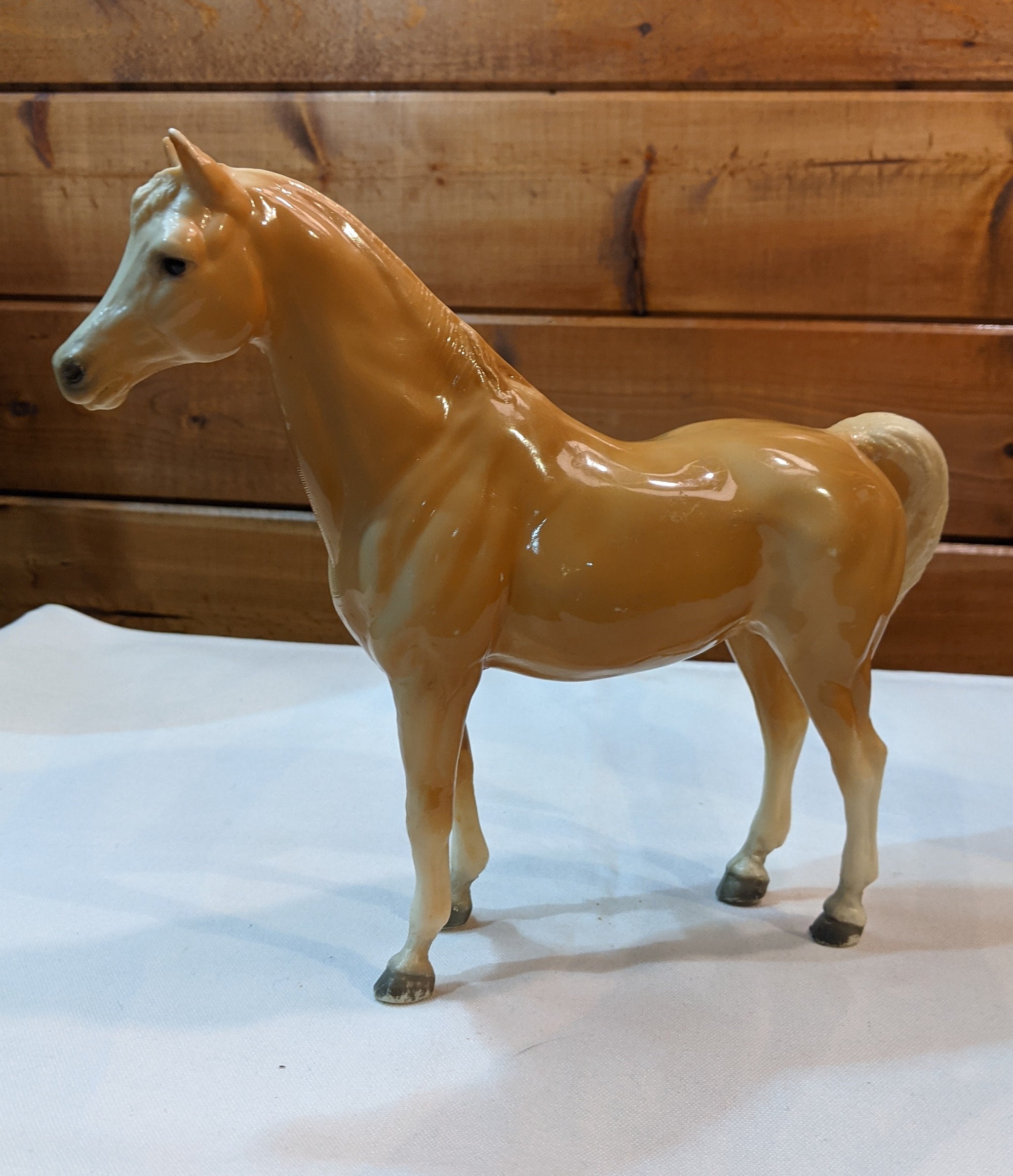 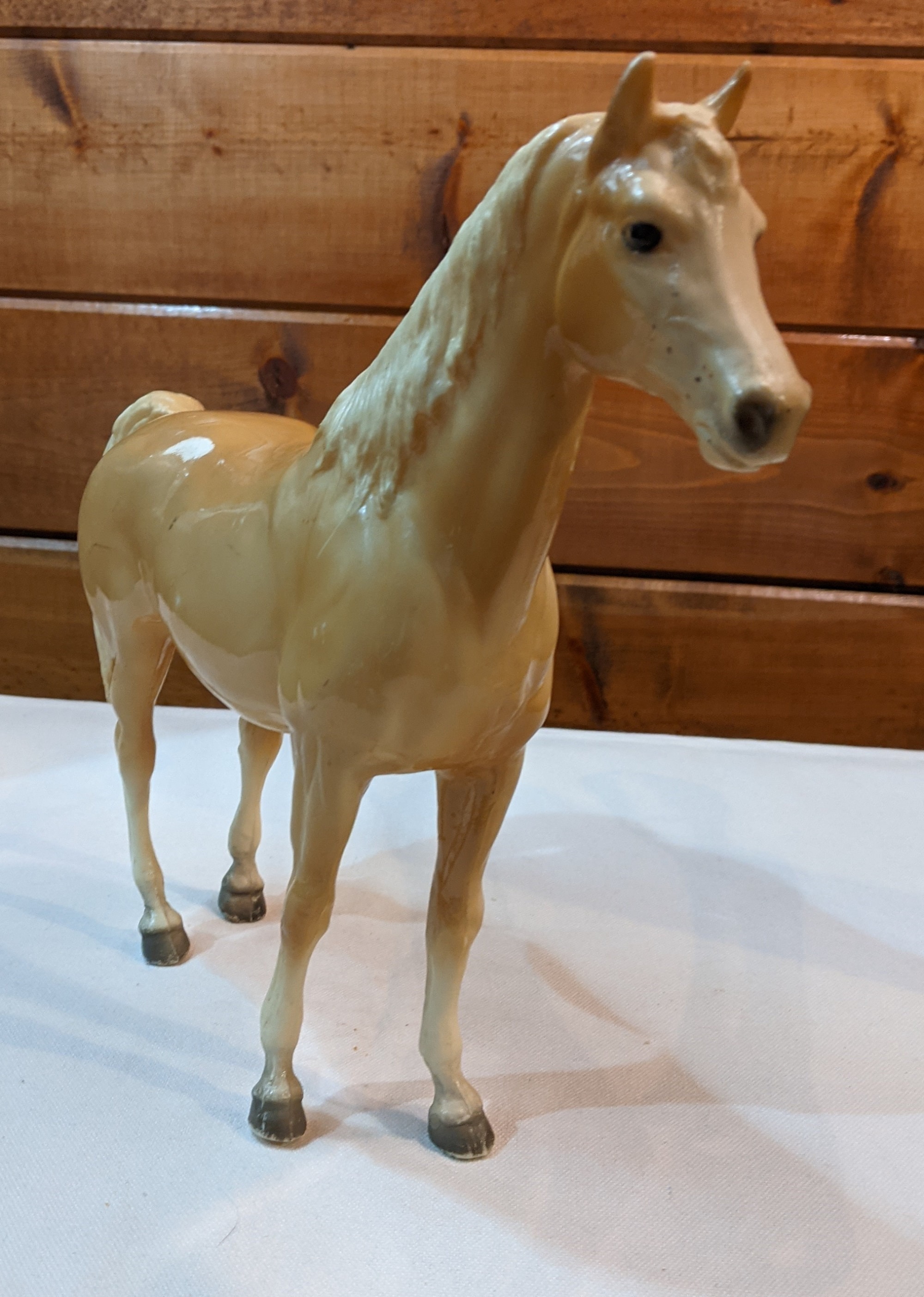 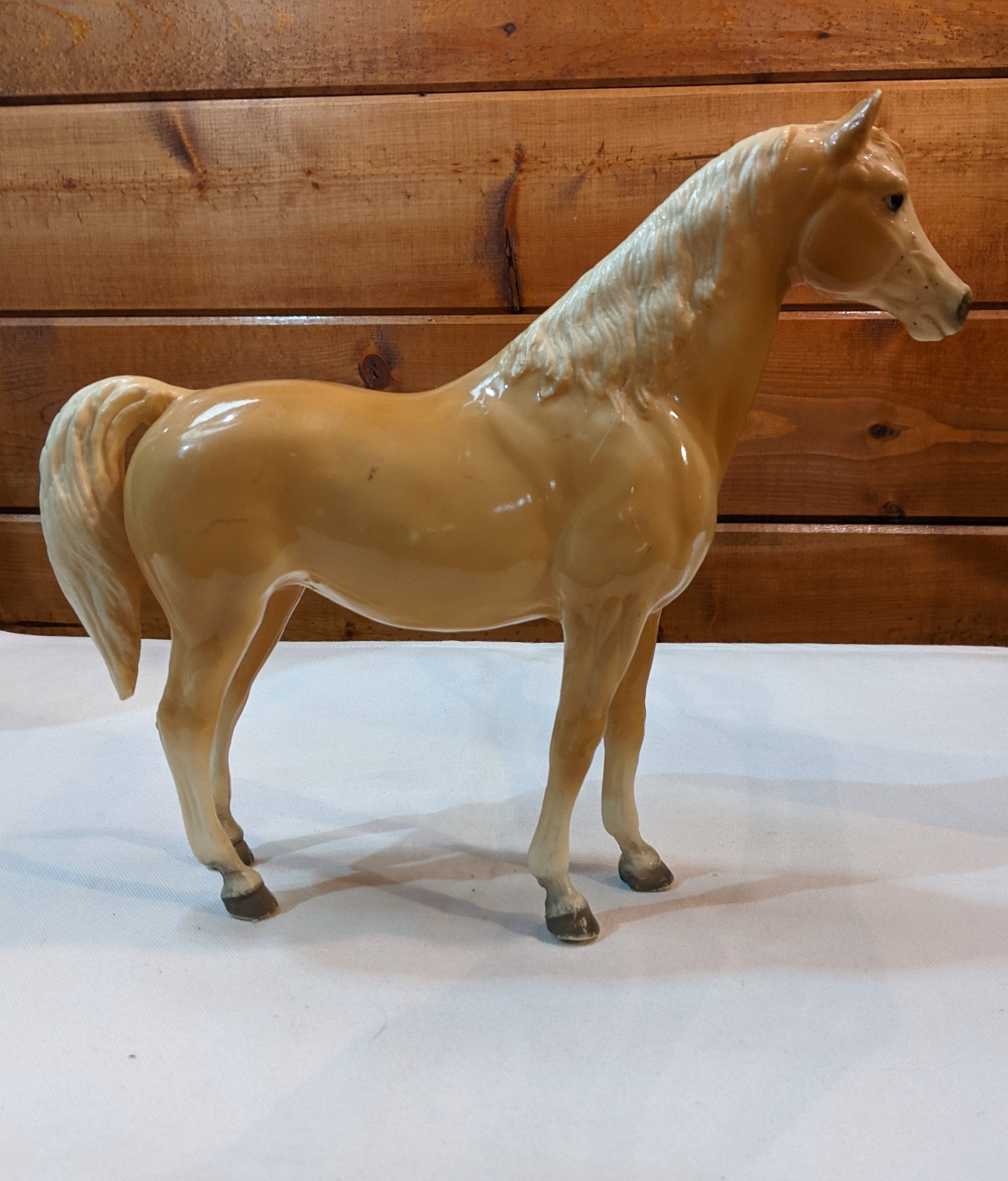 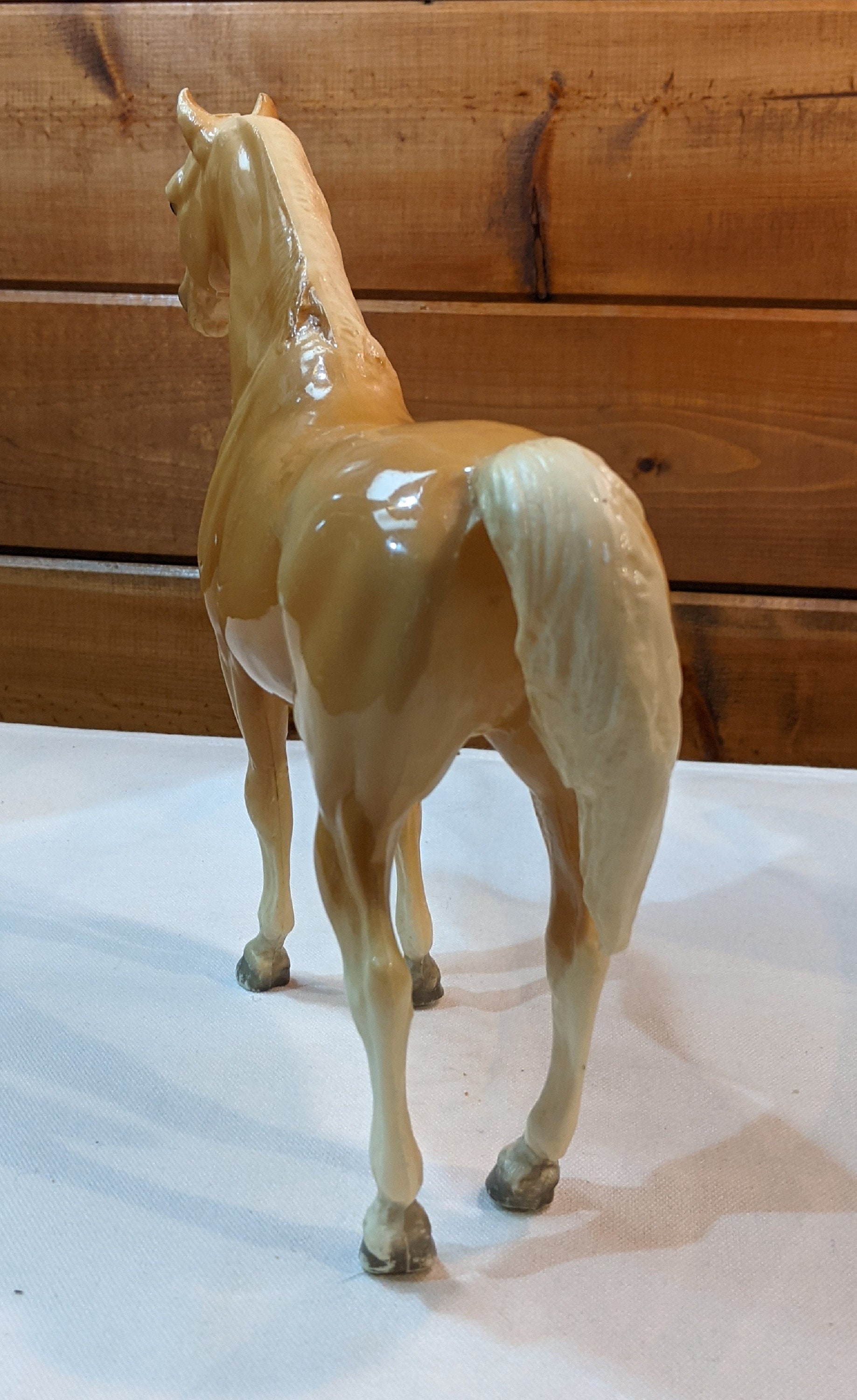 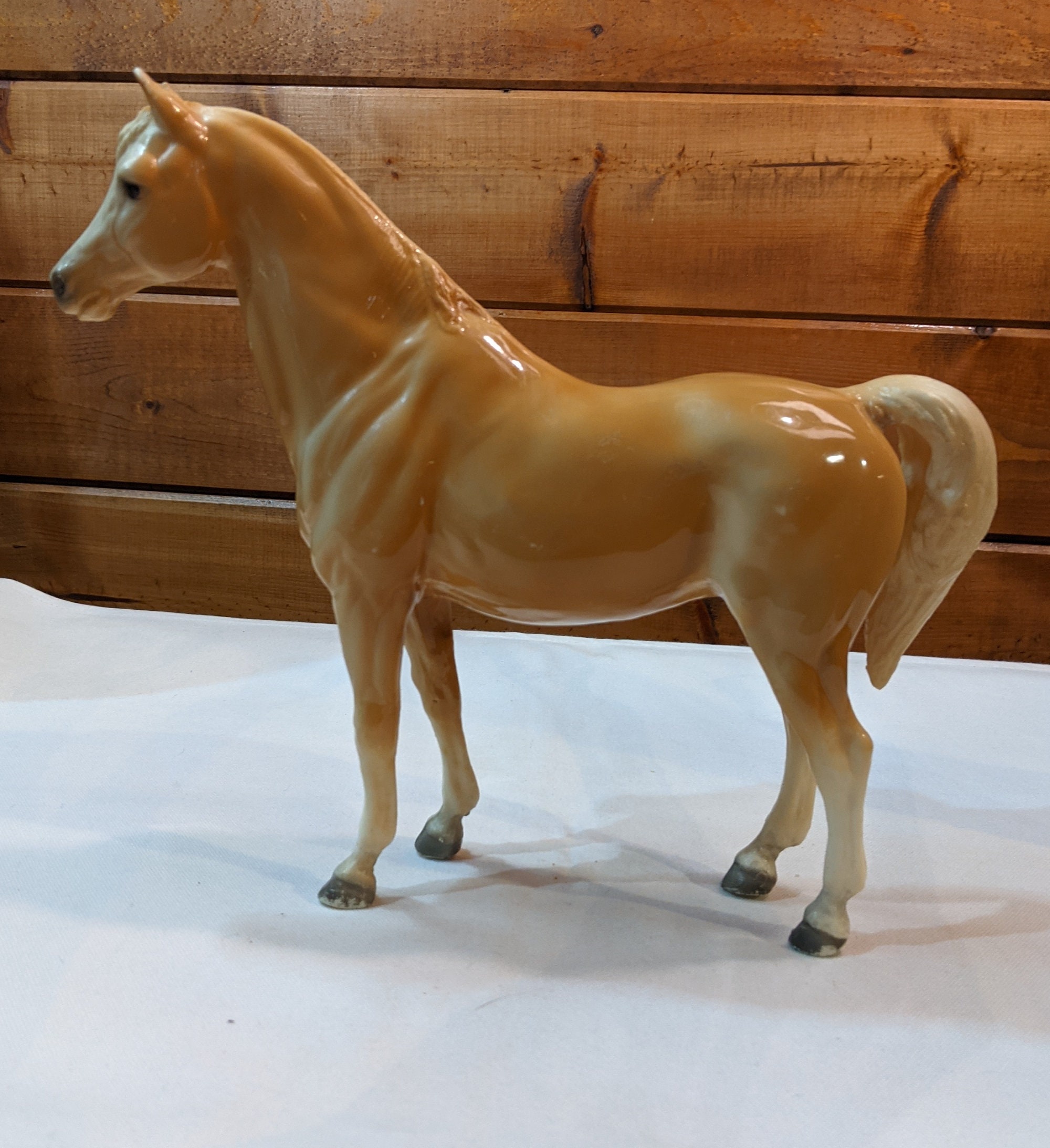 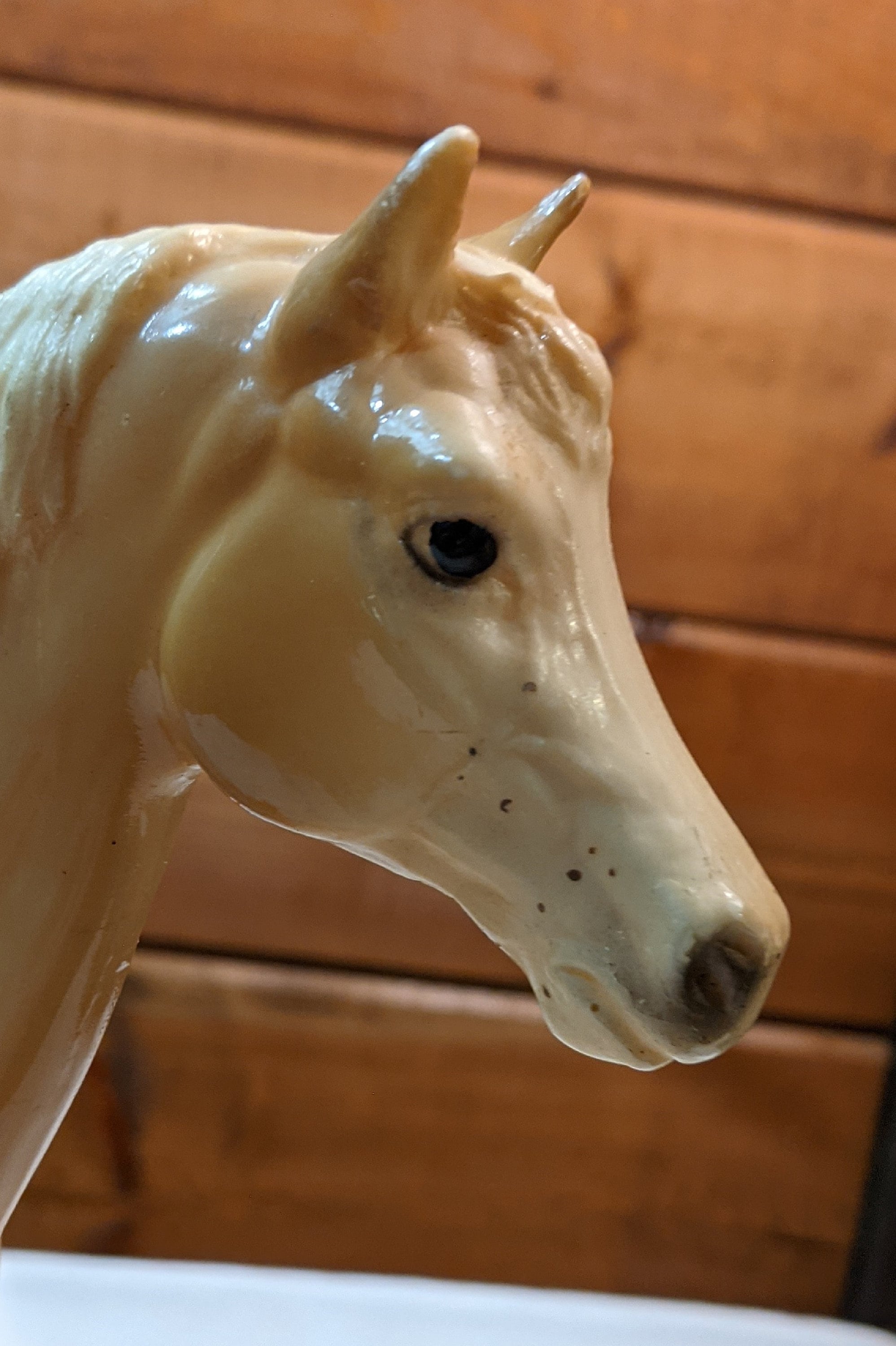 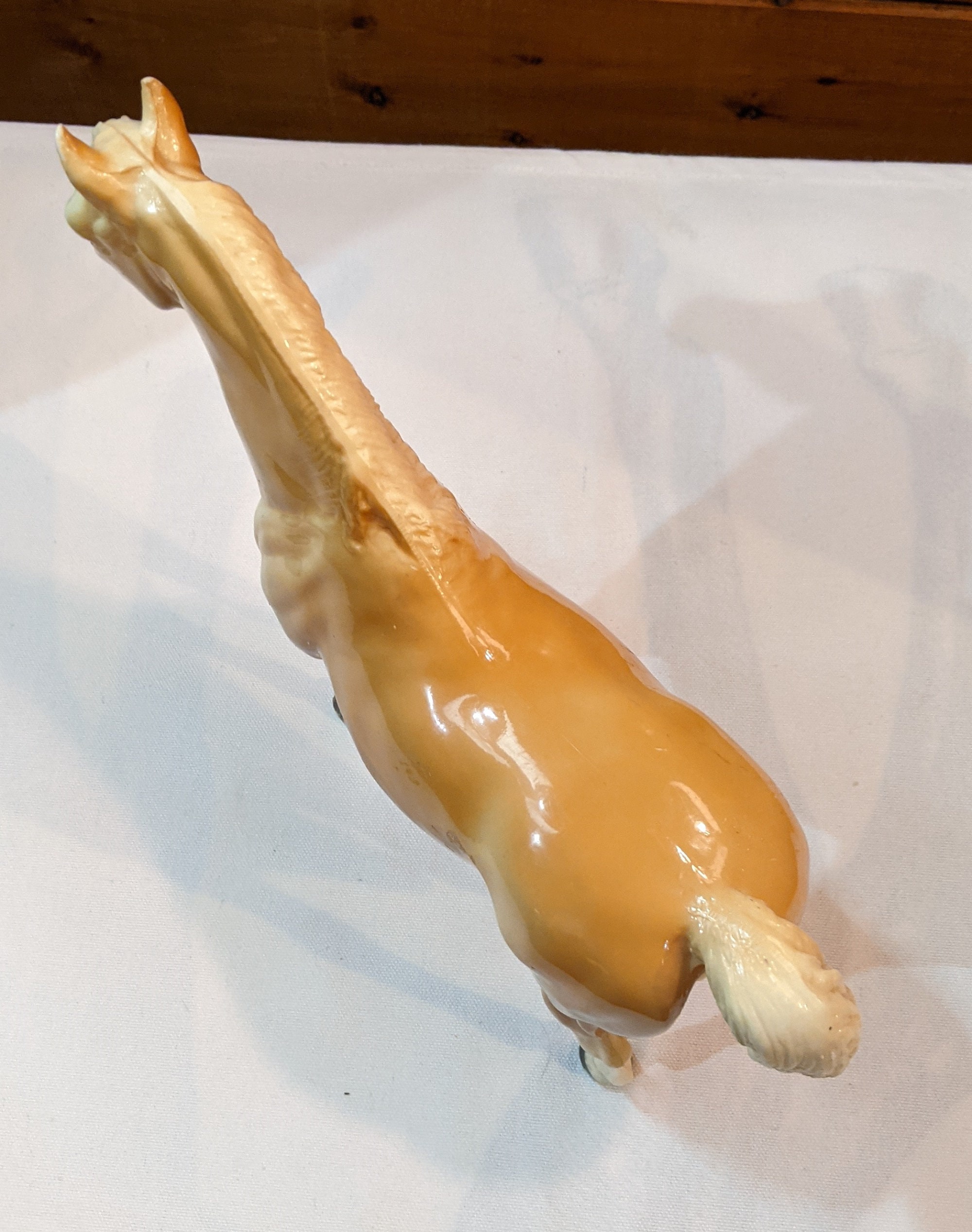 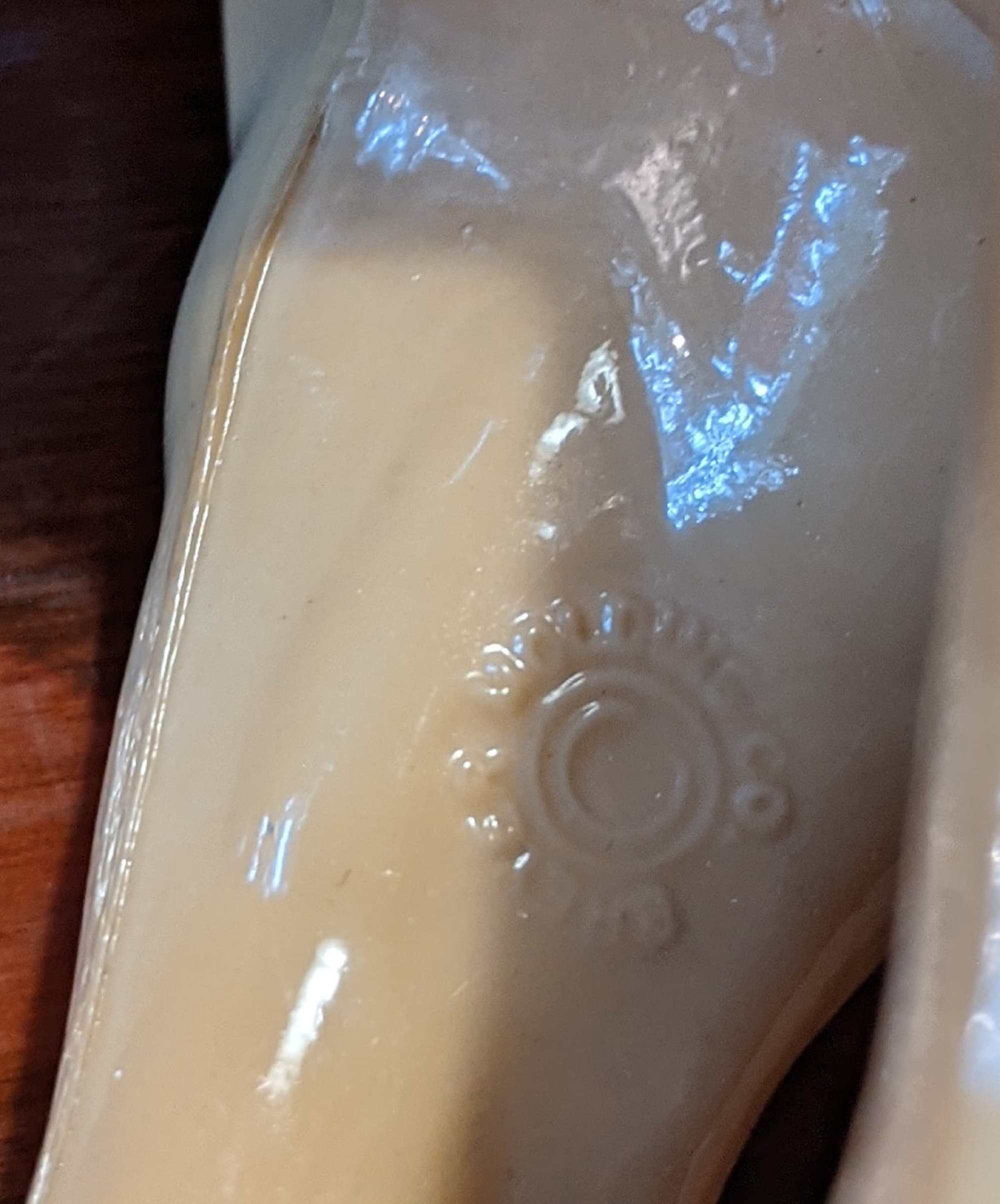 The Family Arabian Mare was introduced in 1961 when the Proud Arabian mare was first discontinued and followed the unreleased “In Between Mare”. Unlike these other two, the Family Arabian Mare has a tail that rests free from the hock and buttocks (The other 2 are attached) and the early models (like this one) have only the round Breyer Molding Co stamp with no USA, which was added in 1970. This mold was sculpted by Chris Hess and is Breyer Mold #8, model #5 named Hope, glossy palomino with a bald face, white mane and tail and four white stockings. Very good condition with some light wear and light marks to the surface as would be expected with age, the rear right leg is slightly bent but not damaged. c1961-1966, measures 11 x 9 x 2 ½ inches.