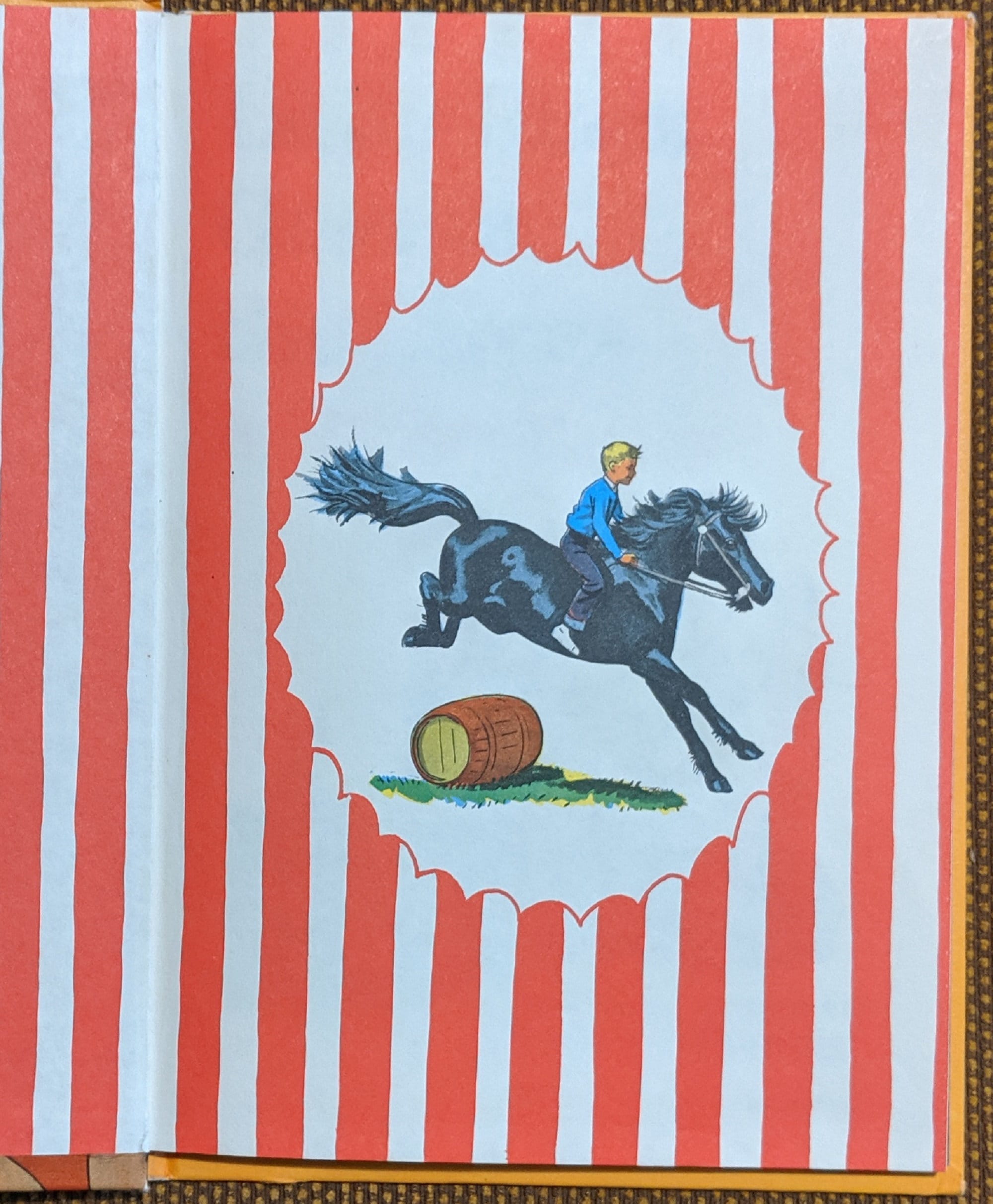 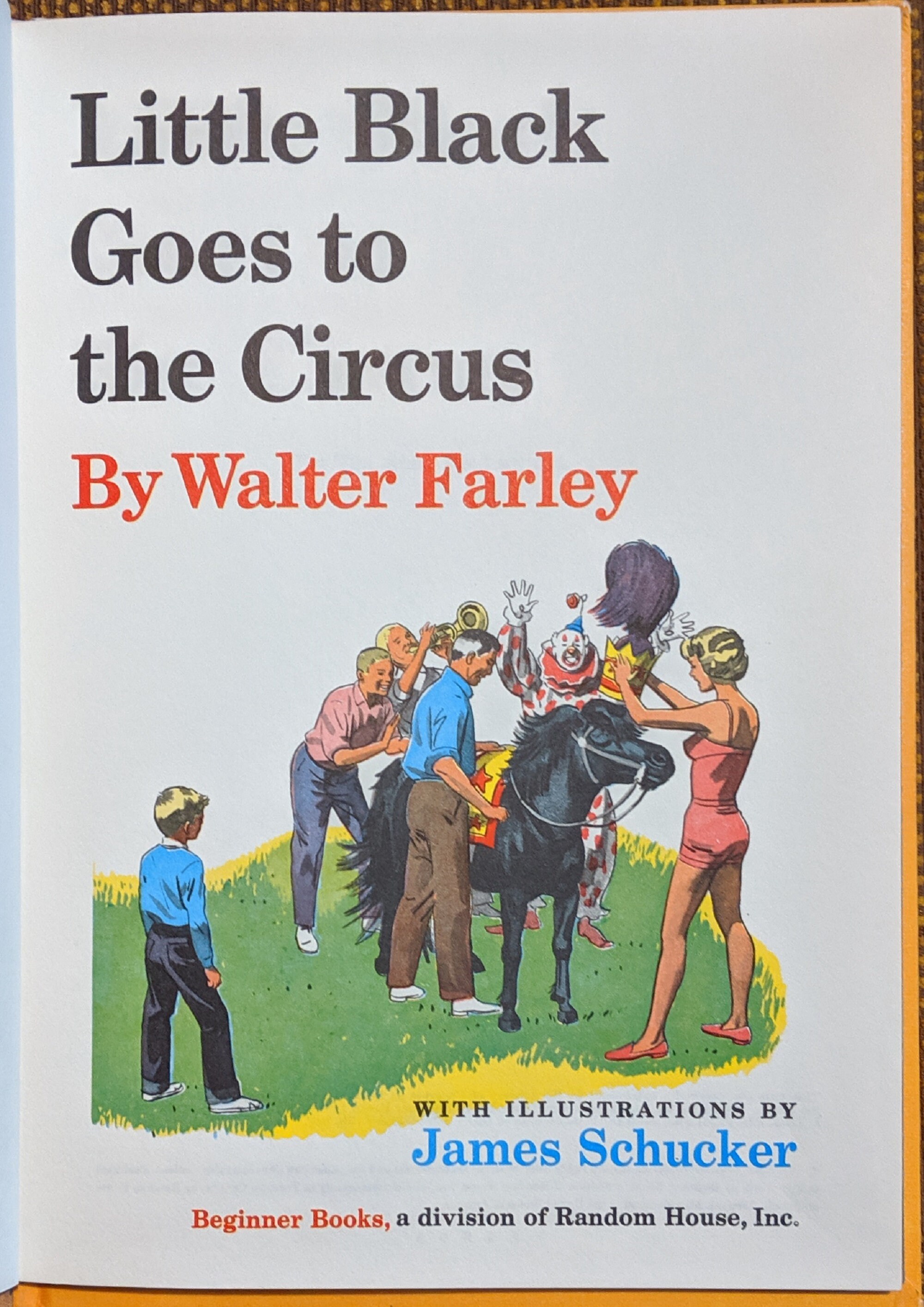 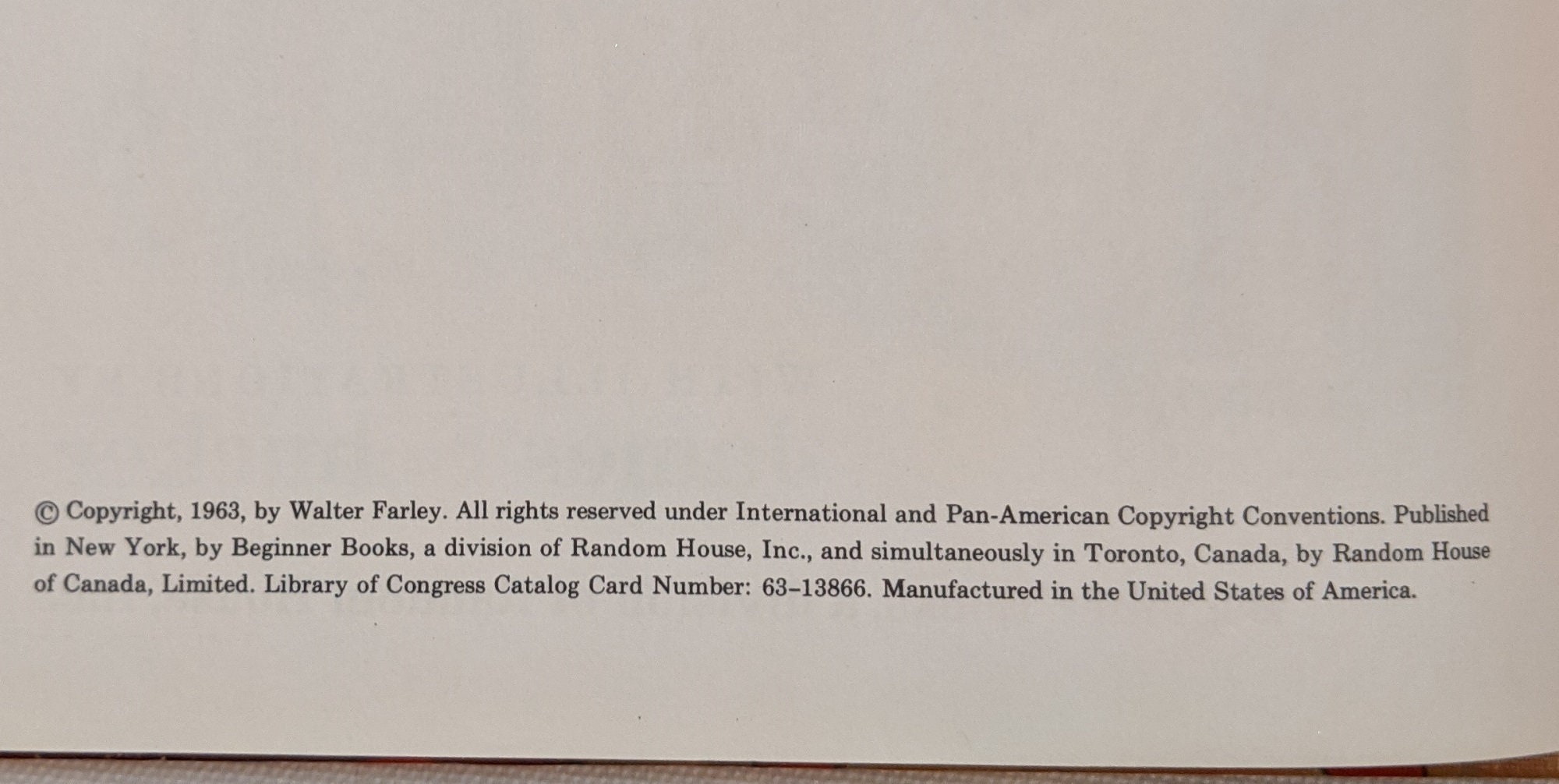 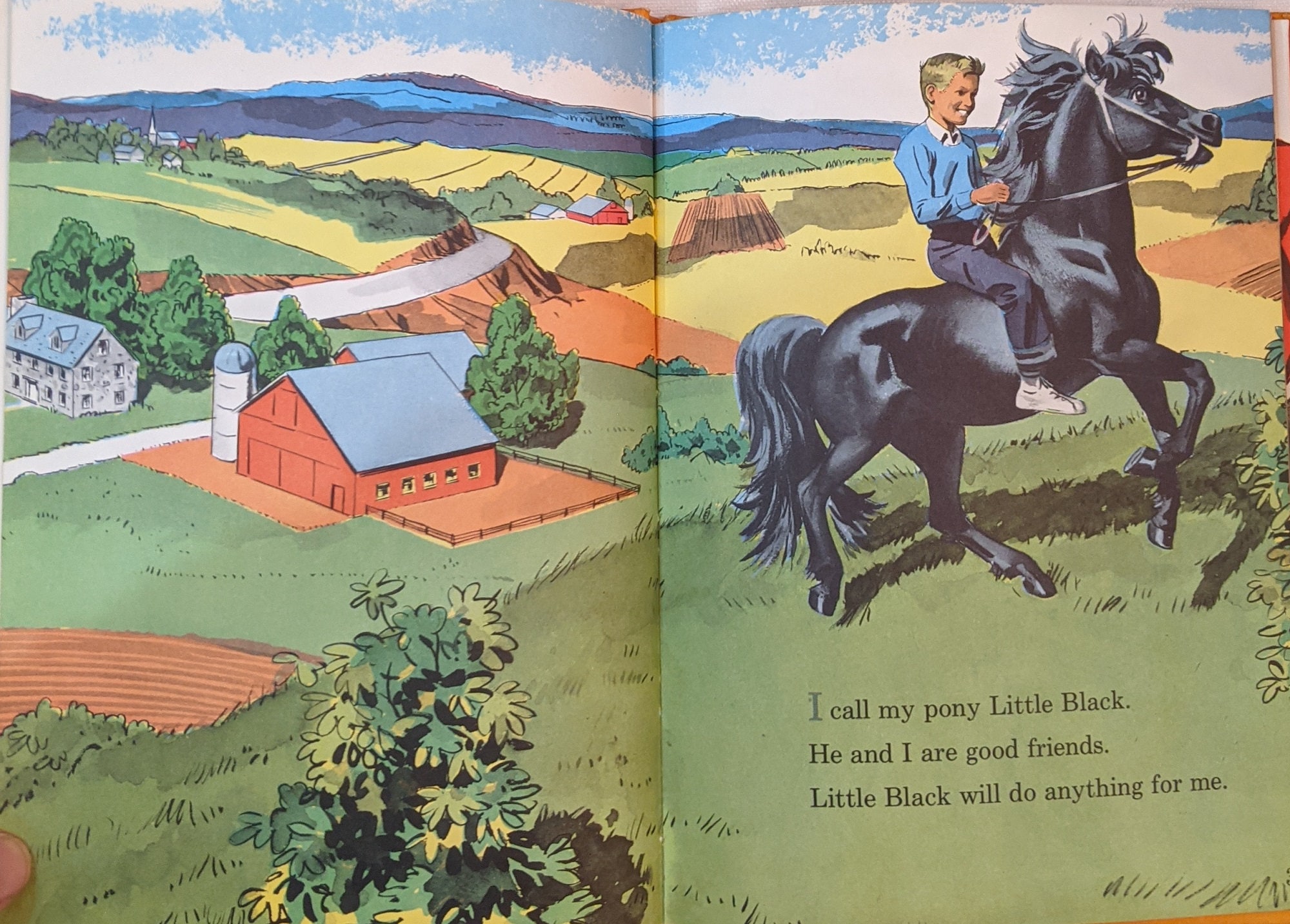 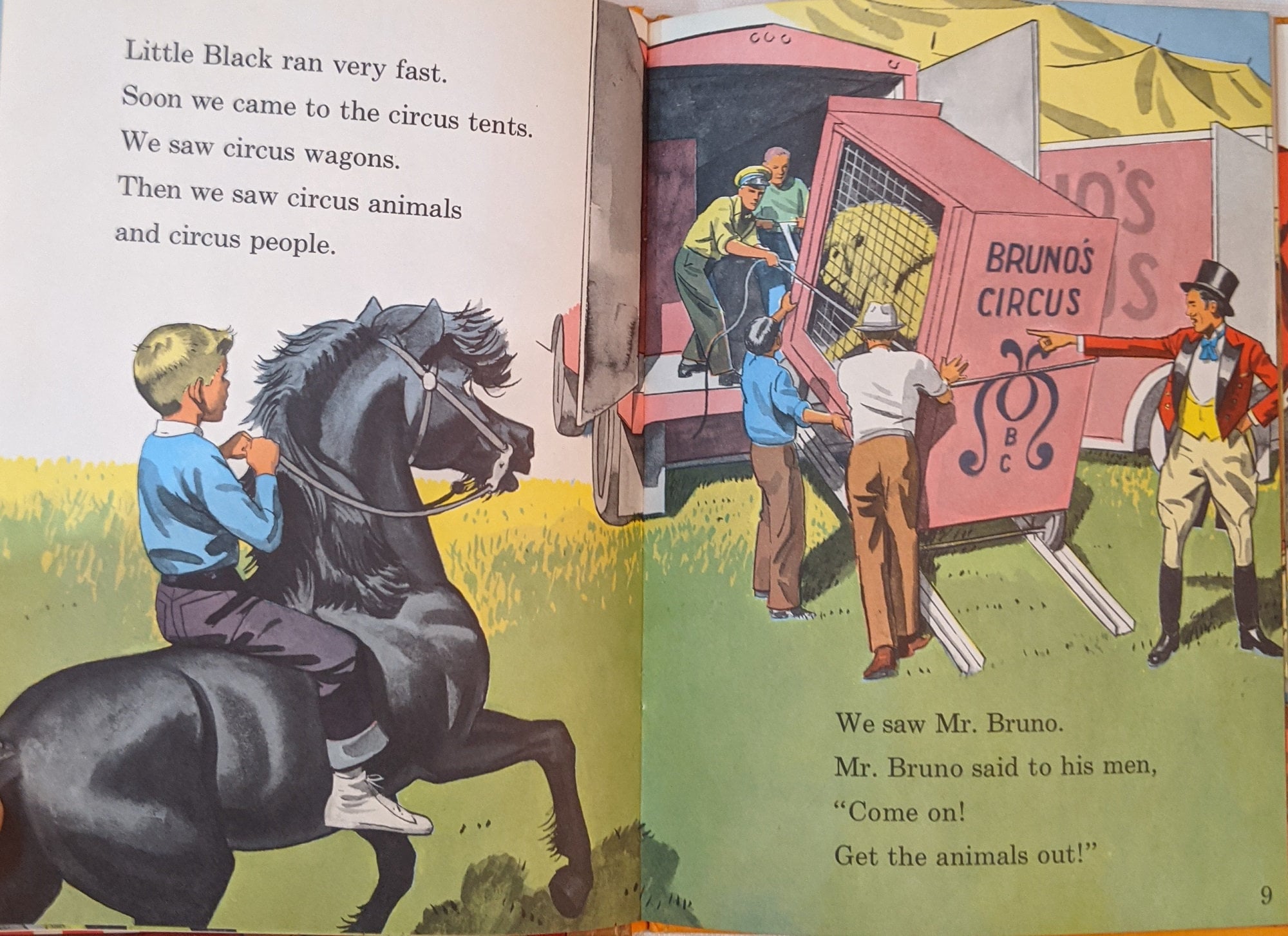 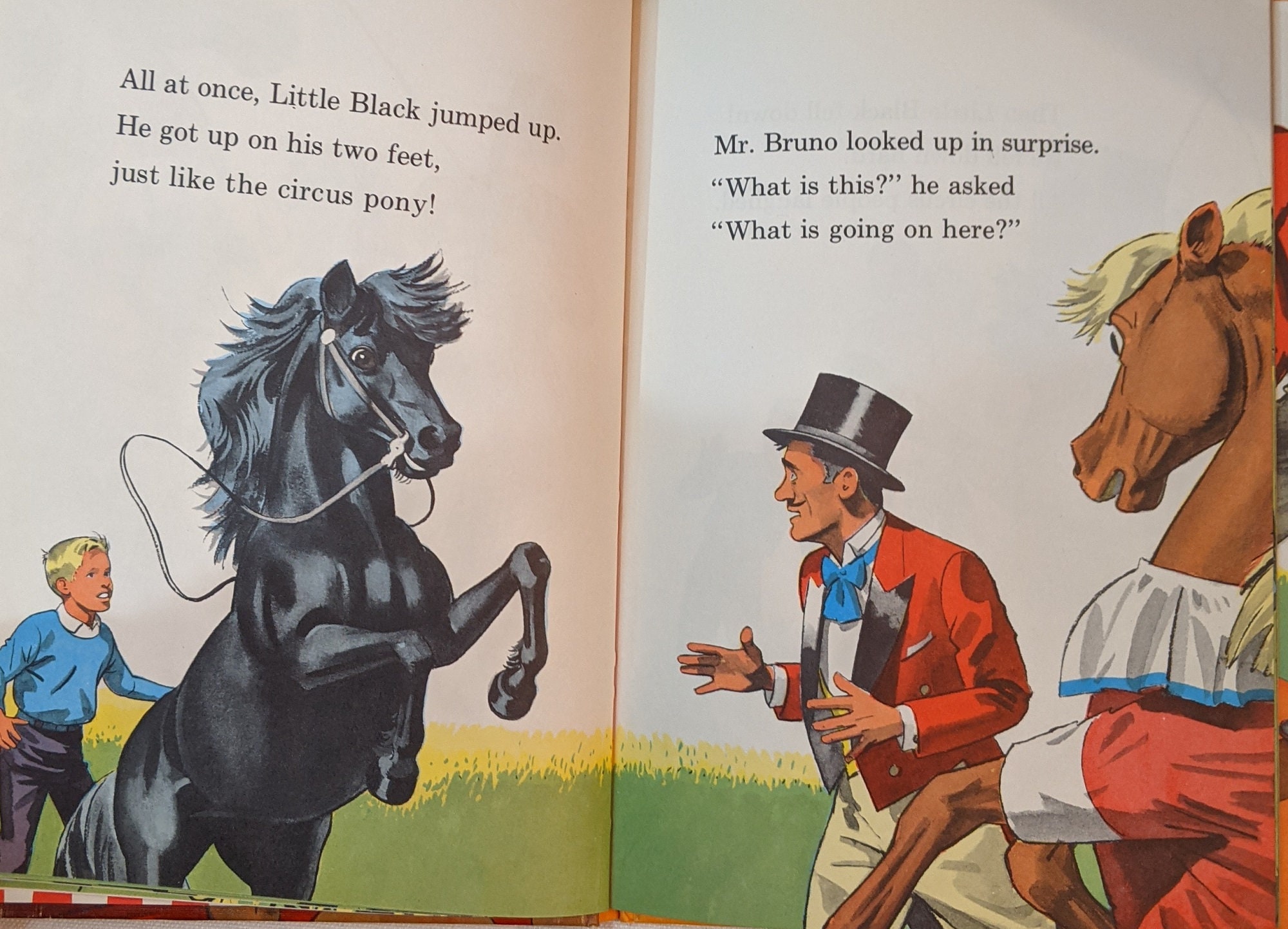 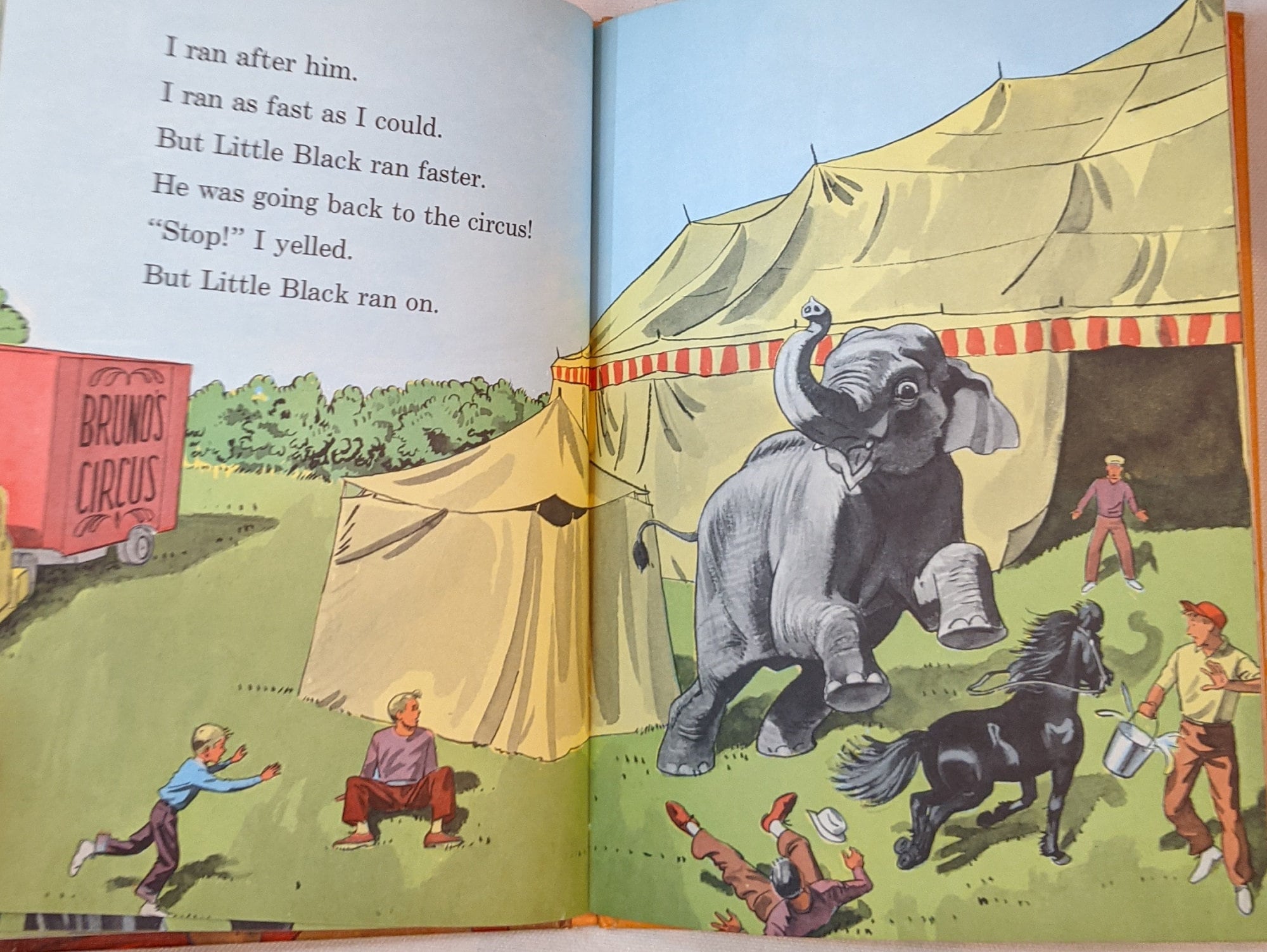 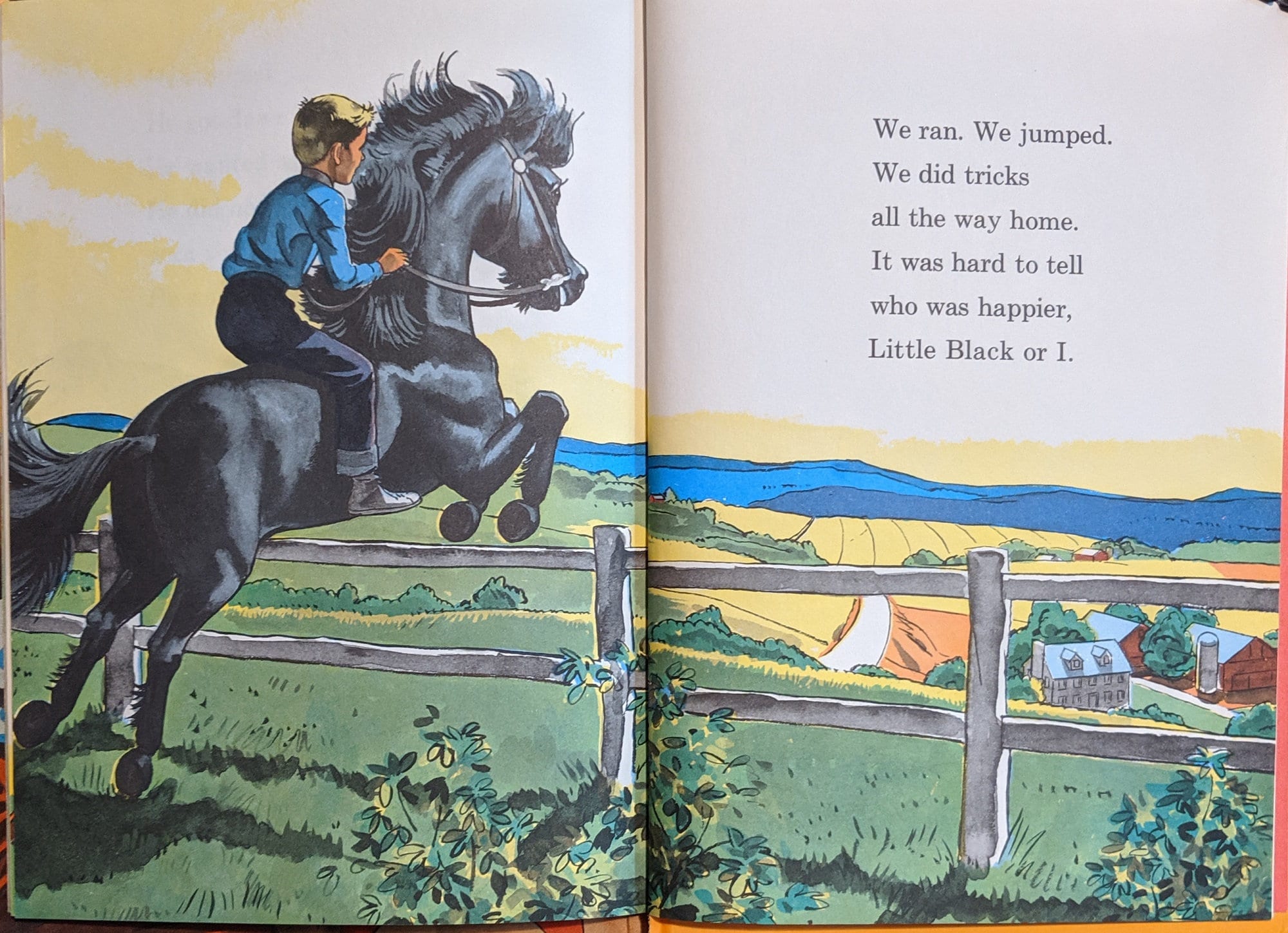 A book every child should have and every adult will cherish by Walter Farley, an American author who wrote primarily horse books for children. Perhaps his most popular book was the Black Stallion (1941) followed by 19 more books in the series. The Little Black books were published in the early 1960s and were written for the Dr. Seuss Beginner Book series and consisted of 3 titles: Little Black, A Pony (1961), Little Black goes to the Circus (1963) and The Little Black Pony Races (1968). Illustrated by James Schucker, these stories were fashioned after his personal experience growing up with his horse-trainer uncle. Little Black and his young boy have many adventures, and in this book they encounter a circus that catches Little Black’s eye and together he and his boy learn tricks that will catch the circus owner’s eye – only to have Little Black become so popular it looks like his young owner may never see him again! This book is in excellent, almost-new condition, 61 pages, hard cover, c1963.