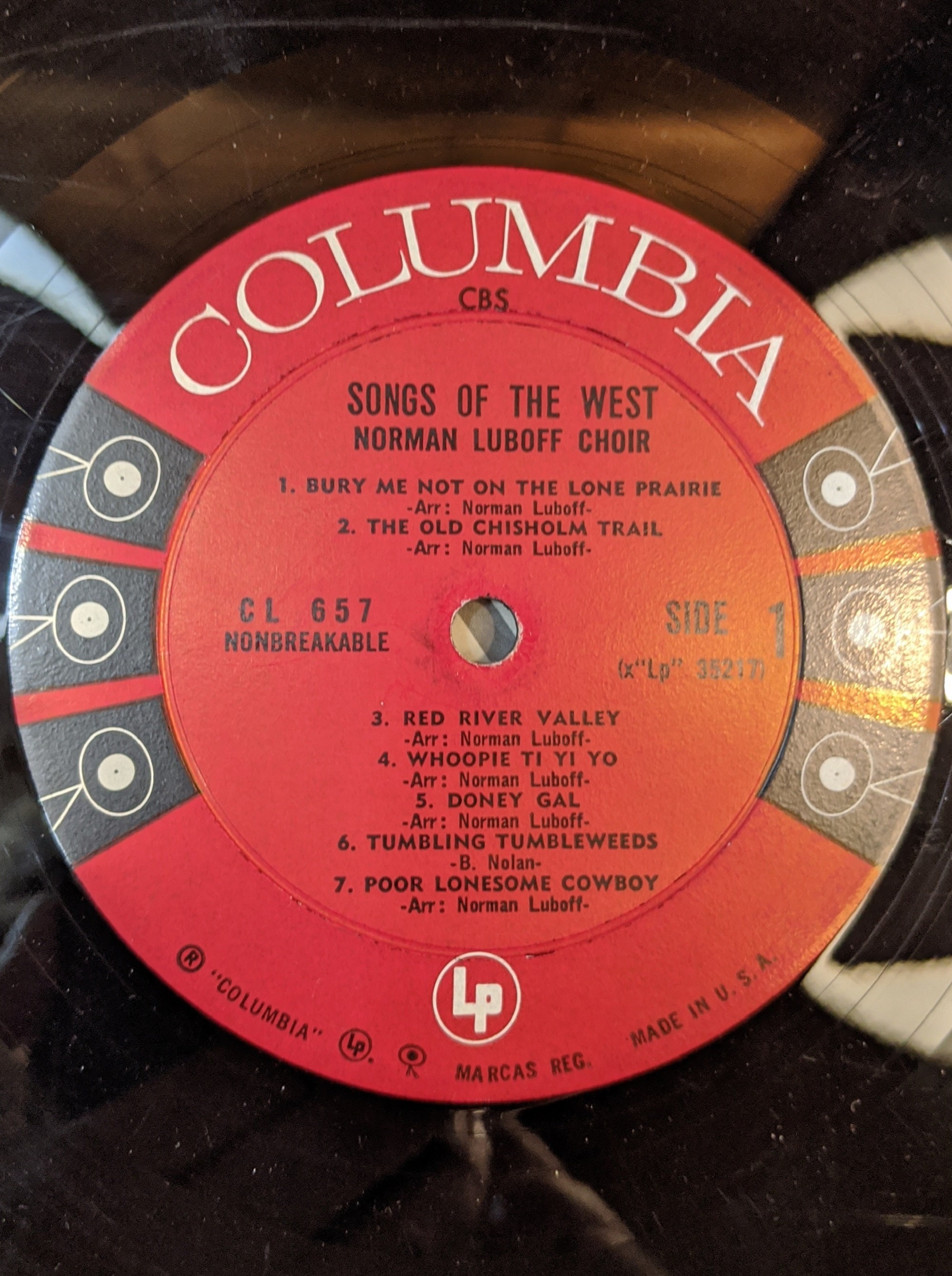 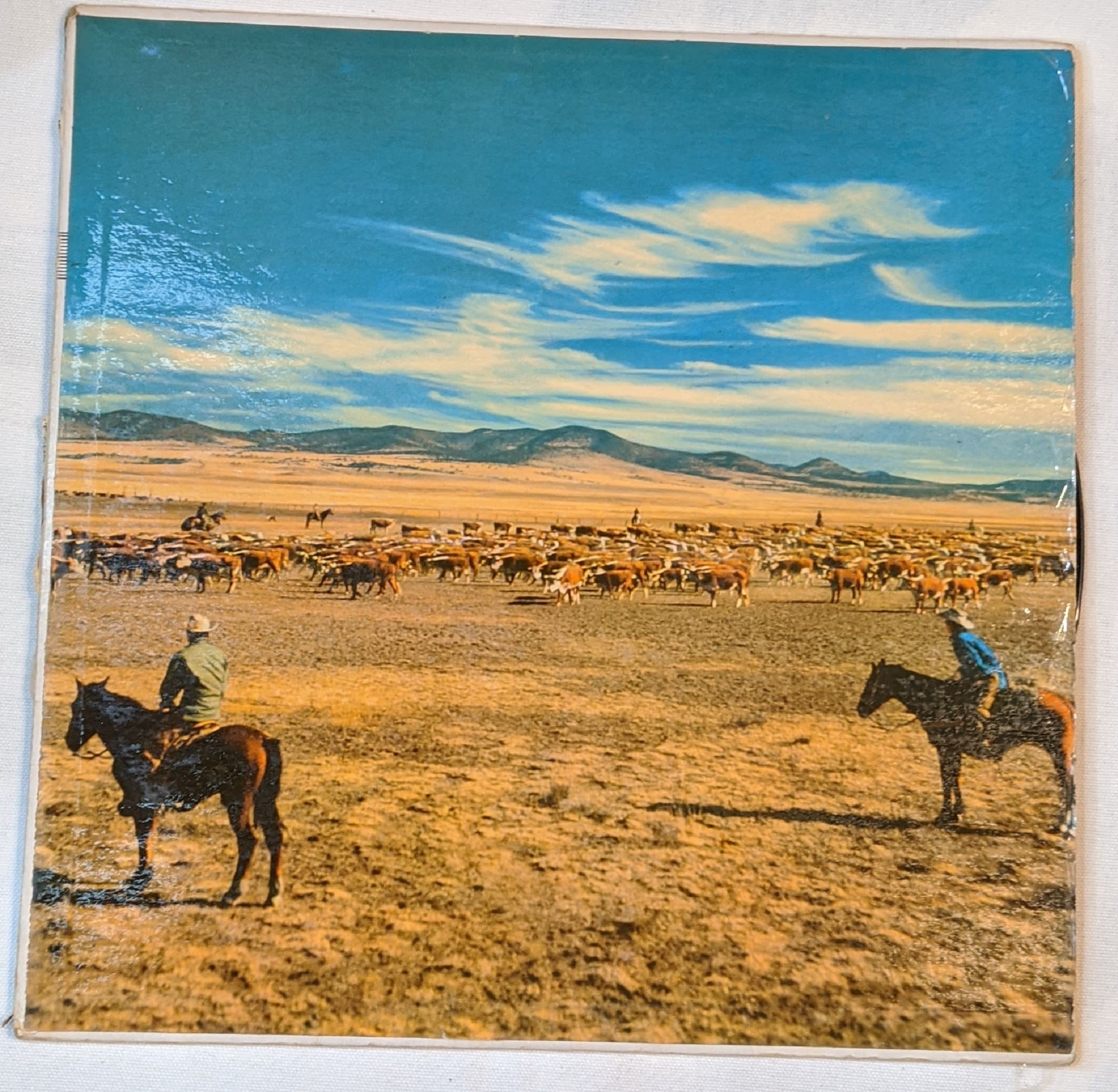 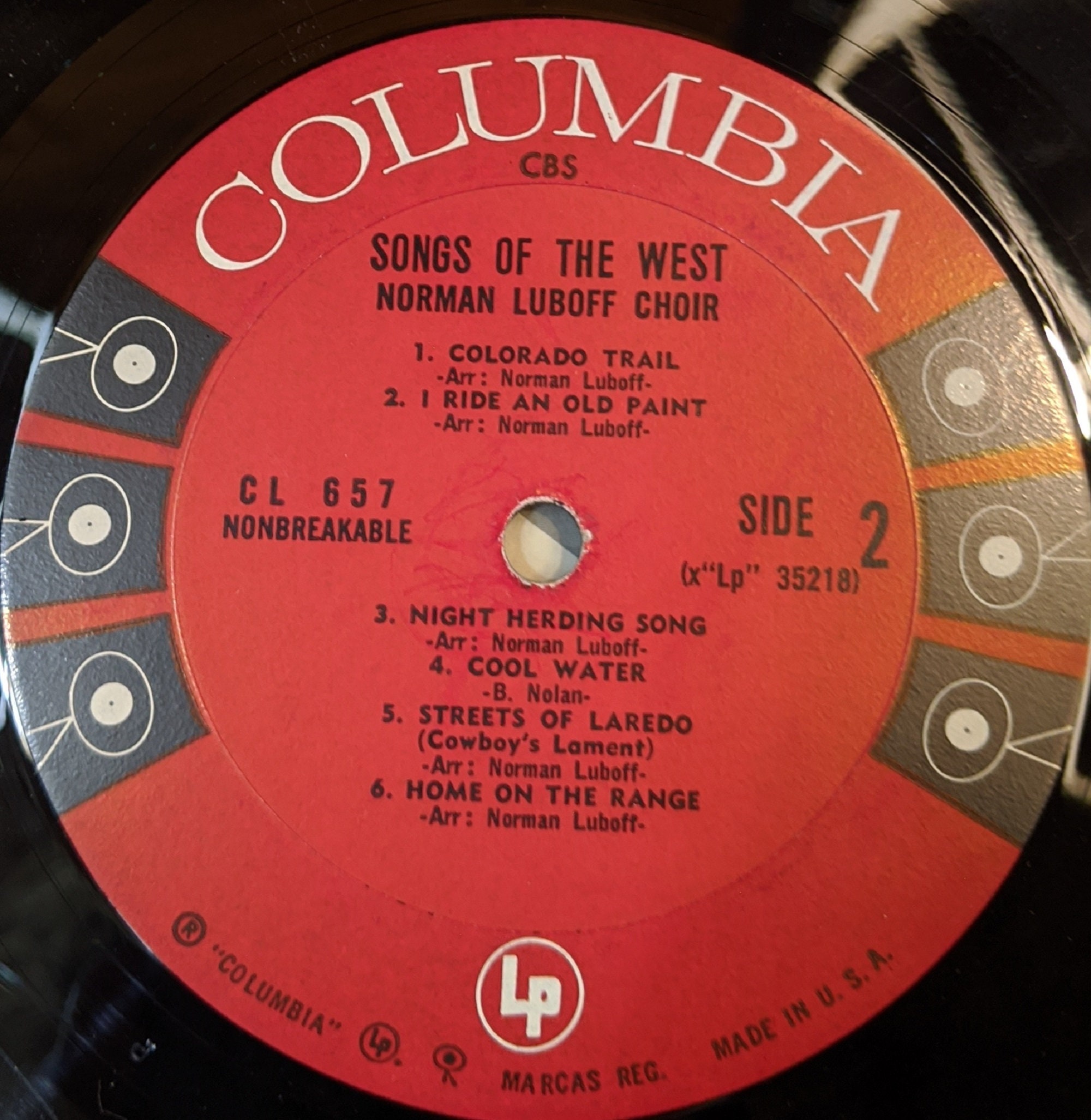 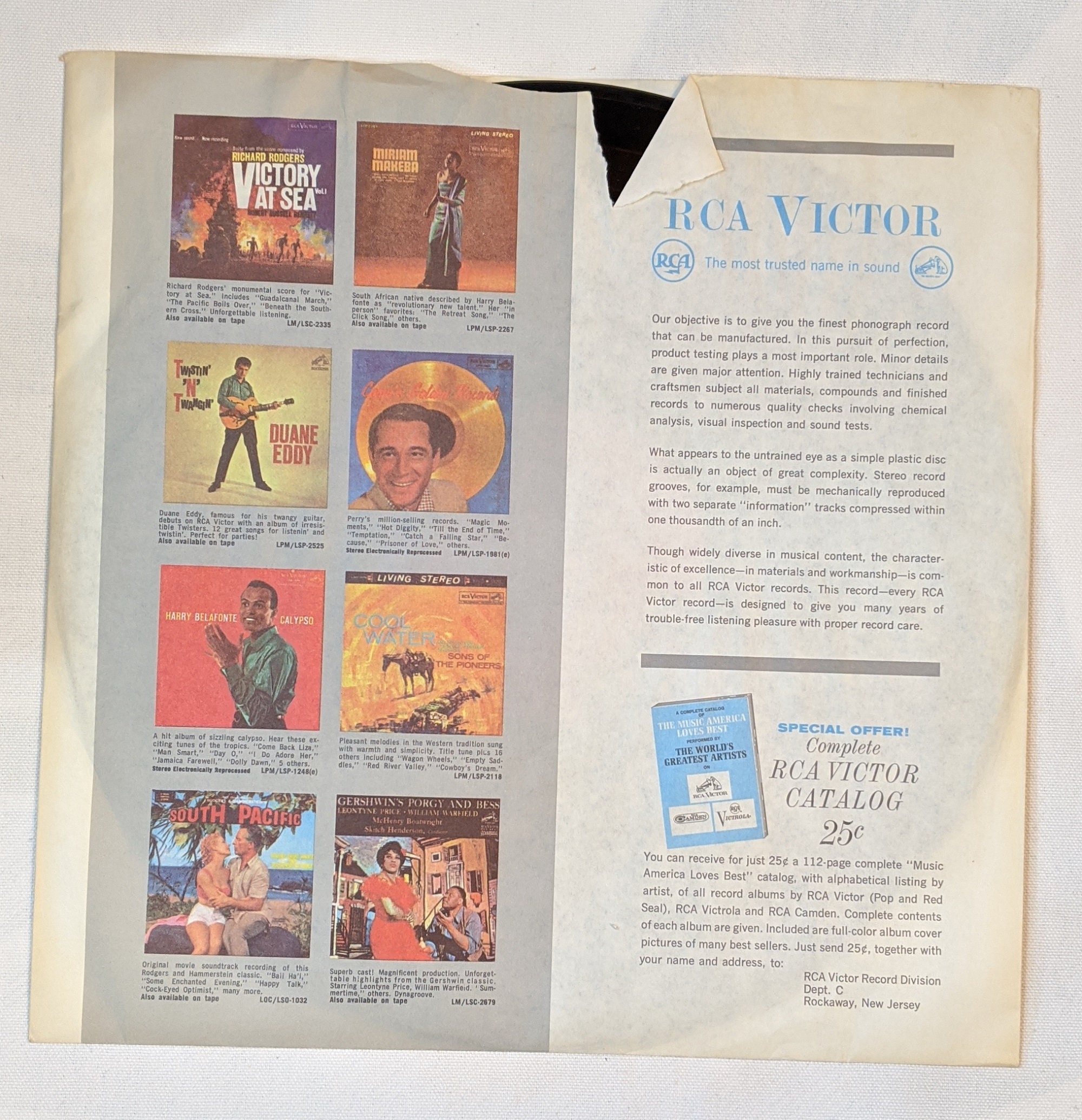 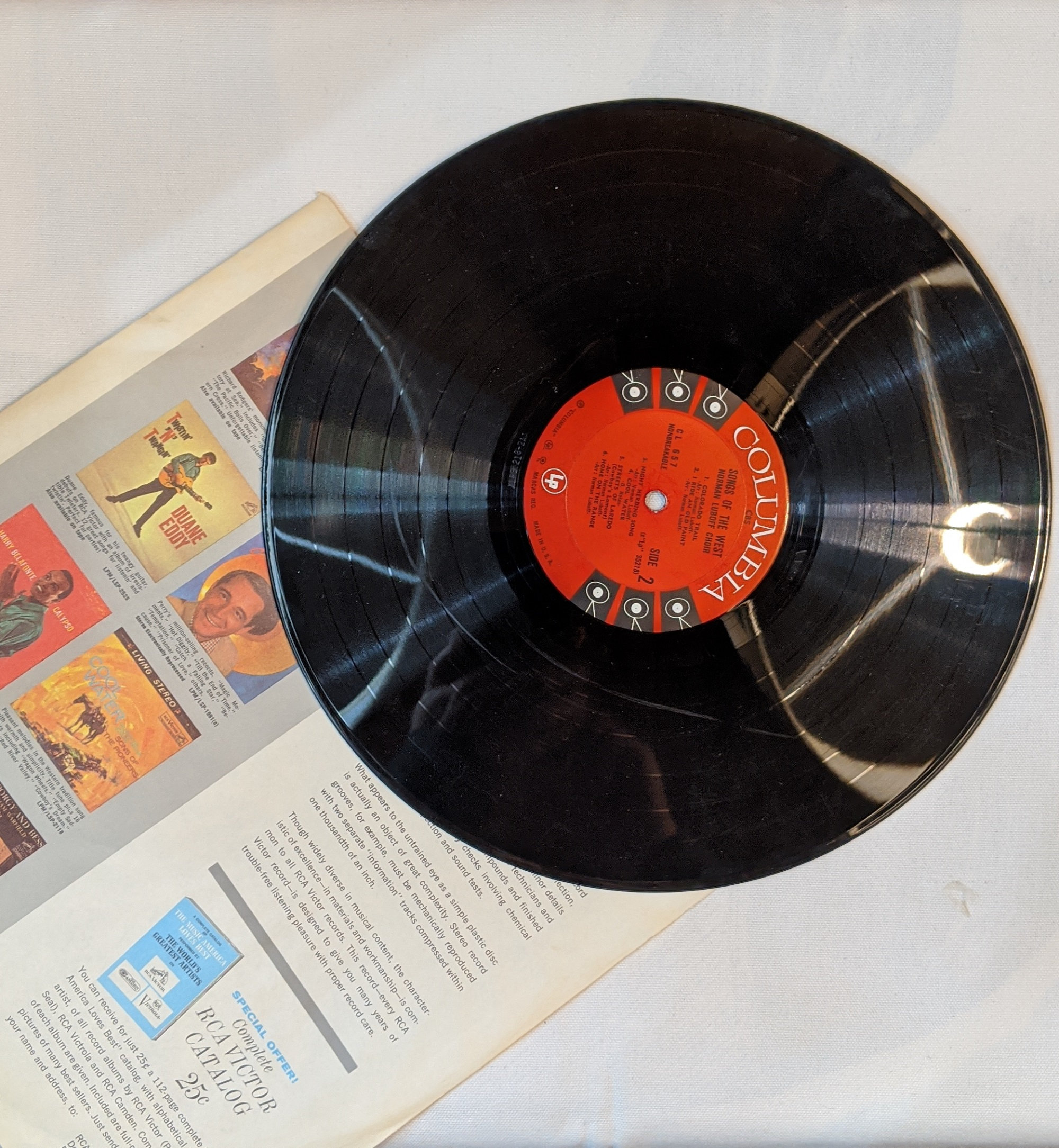 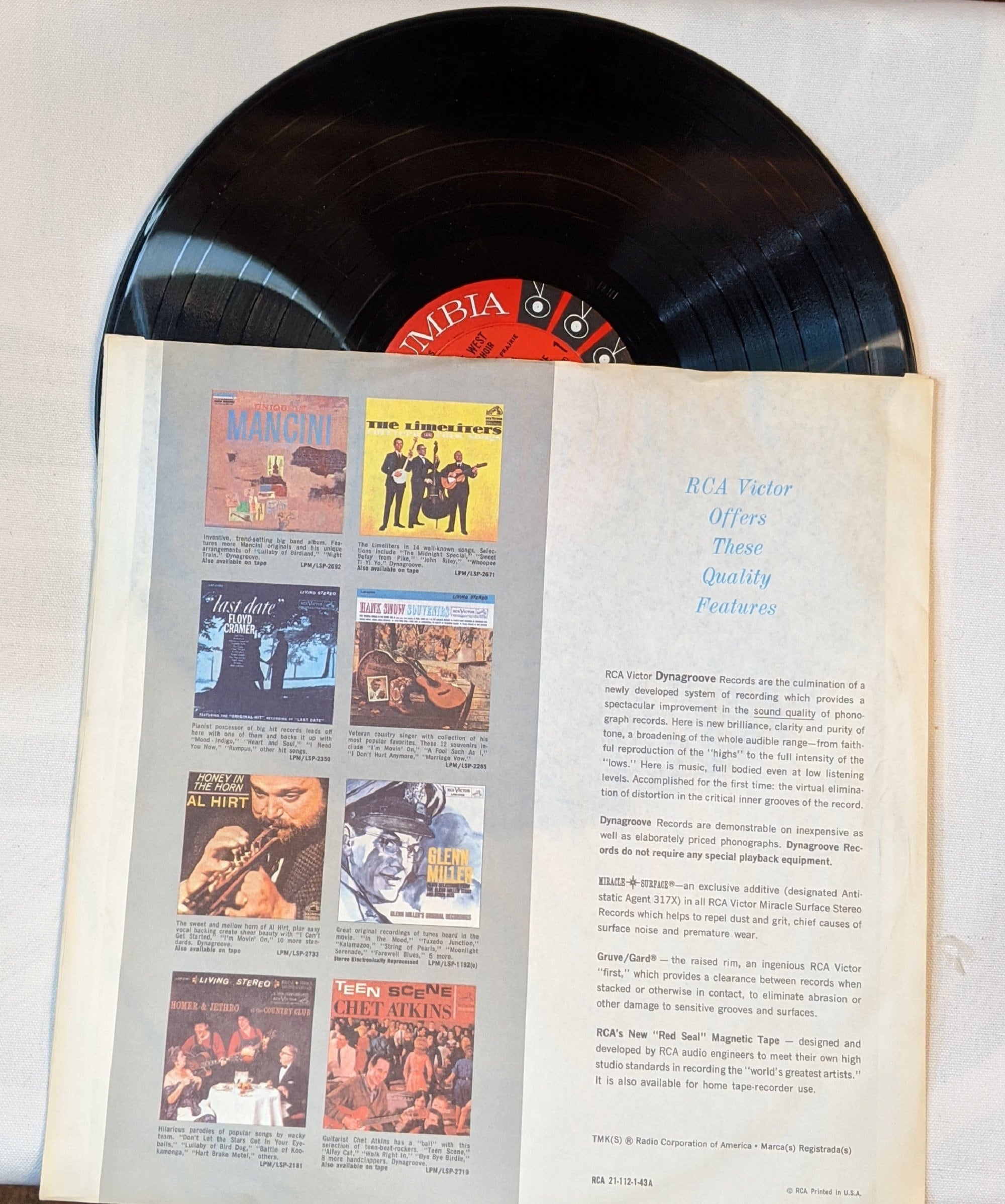 Vintage Record “Songs of the West” The Norman Luboff Choir – 1955

The Norman Luboff Choir was formed during the mid-1950s and they went on to be recognized worldwide as one of the leading choral groups of the 1950s, 60s and 70s, recording more than 75 albums. The songs on this classic LP from Columbia Records were selected by Norman Luboff as representation of the finest in the American song-bag of that time, meant to exemplify the rich heritage of the West. The cover photo was used by courtesy of “Arizona Highways” and thought to catch the beauty and the grandeur, along with the vastness of the plains and canyons, of the American West. This double-sided record showcases 13 time-tested songs including Red River Valley, Home on the Range, I Ride an old Paint and Streets of Laredo, just to name a few. Excellent vintage condition although I have not actually played this record; there are no deep scratches that I can see but there are some streaks on the vinyl.